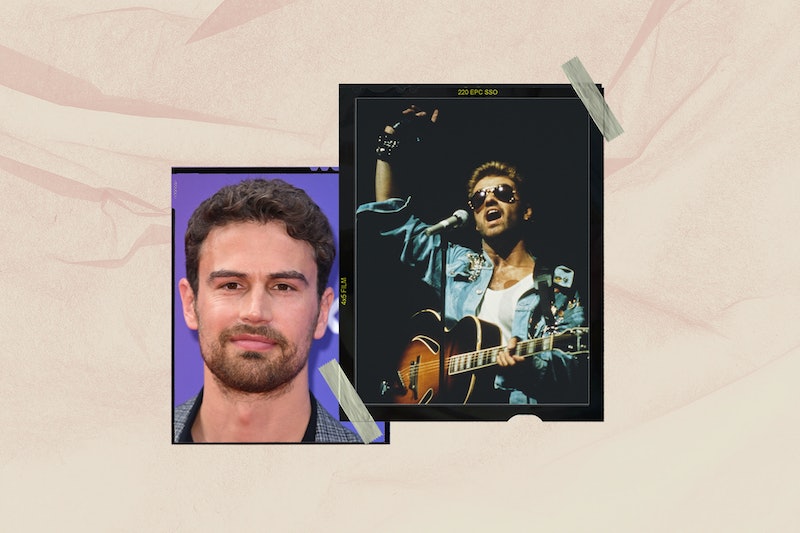 In recent years, the releases of music biopics has gained traction: Bohemian Rhapsody, Rocketman, and I Wanna Dance With Somebody, for instance. And it appears the influx is showing little sign of slowing down. Now, the life story of the late George Michael — who passed away in 2016 — is reportedly set to hit the big screen, and The White Lotus Season 2 star Theo James is tipped to take on the coveted role.

As per the Daily Mail, the movie is said to be in the “final stages” of development and will follow the “Careless Whisper” singer’s life and career from his Wham! era through to his hugely-successful years as a solo artist. Insiders also claim that storylines centred around drug use and public scandals will “not be glossed over,” and producers believe James is the “perfect” choice to play the “Faith” hitmaker.

“The script is in the final stages and producers are looking for their leading man,” one source claimed. “Theo's name is the one on everyone's lips. He would be perfect for the part. This is George's story, warts and all.”

During an appearance on Watch What Happens Live, host Andy Cohen quizzed the Divergent star about whether or not he’d be interested in portraying Michael in a big-screen biopic, to which James responded: “Oh yeah, I would love that. He is an icon.” Referencing his shared Greek heritage with the “Fastlove” performer, James — real name Theodore Taptiklis — added, “He is a bit Greek and I am a bit Greek.”

Following the actor’s WWHL appearance, viewers were quick to share their thoughts on a biopic fronted by the How It Ends actor — and it seems fans are very much here for it.

“Theo James will make a fantastic George Michael,” one fan wrote on Twitter, while another joked they are “manifesting” his portrayal of the British music icon.