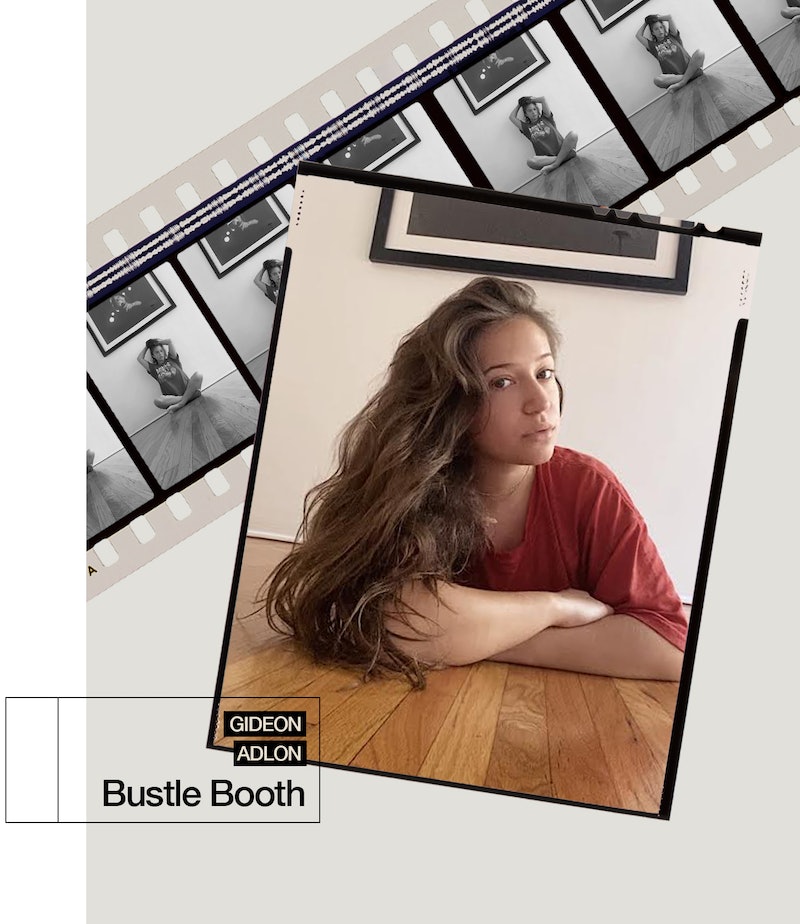 When Gideon Adlon was 6, she saw a ghost. “It was my grandfather’s spirit in my room. I remember having a dream about him and then I woke and saw him sitting across my bed. It scared the sh*t out of me,” Adlon tells Bustle. “My mom [actor, writer, and producer Pamela Adlon] took me straight to a psychic. It was really cool and I got into collecting crystals.”

Years later, when her mother was mining the details of her life for her semi-autobiographical FX series Better Things, she incorporated her daughter's experience into the show. While Better Things is primarily a modern take on single motherhood, it's also littered with supernatural encounters. In Season 2, one of the daughter characters sees a ghost on a trip to Canada, and later on it's revealed she can communicate with the dead. “All of us [in my family] have seen spirits,” Adlon explains of the afterlife's presence on the series.

Adlon, 23, has been obsessed with crystals ever since that first visit to a psychic; as she got older, she also began dabbling in tarot card reading. But it wasn't until she signed on to star in The Craft: Legacy — a Gen Z retelling of the 1996 cult classic, which follows four best friends learning to harness their newfound powers — that she became fluent in Wicca. "We had some pretty intense witch rehearsals that were all about your intentions, words, and timing for when you're casting spells," Adlon says of working with the film's on-set occult consultants. It was also in those sessions that she was introduced to candle magic, which has become part of her daily ritual. "You anoint candles with certain oils and herbs to manifest things in your life or to release different [energies]. I leave them burning in my bathtub or somewhere where a fire won't start. Because you can't blow them out — they have to burn all the way through," she warns.

But it was a force greater than the occult that drew Adlon to director Zoe Lister-Jones' The Craft sequel: sisterhood. As the oldest of three sisters — followed by fellow actor Odessa A'zion and Valentine Adlon — she has a coven of her own, and seeks out projects centered on close-knit female friendships. In 2018's Blockers she played Sam, a closeted lesbian who makes a pact with her best friends to lose her virginity on prom night. On Netflix's The Society she starred as Becca, a pregnant teen living in a dystopia run by women. And with The Craft, Adlon plays the fervent feminist Frankie, who brings the comedic relief to her girl gang of teen witches.

"Any strong female friendship or sisterhood is a relationship. All of that comes with heartbreak, happiness, and other ups and downs. So if I'm having a fight with a friend in a film, I [channel] what I've been through with my girlfriends, my sisters, or my mom," she says. "At the end of the day [acting] boils down to what you can tap into from your real life experiences. And as cliche as it sounds, [sisterhood] is the most important thing that I bring to my work." The Craft included.

Get to know more about Adlon — including her love for 1960s French interior design — in her Bustle Booth questionnaire below.

I hate coffee. Every time I drink it I feel like I’m dying.

“Don’t shit where you eat.” From my favorite movie, Moonstruck.

Florence Pugh. I adore everything about her.

I wouldn’t be. But if I HAD to be, something about saving us from an irreversible climate crisis.

That I’m a good listener and a righteous person.