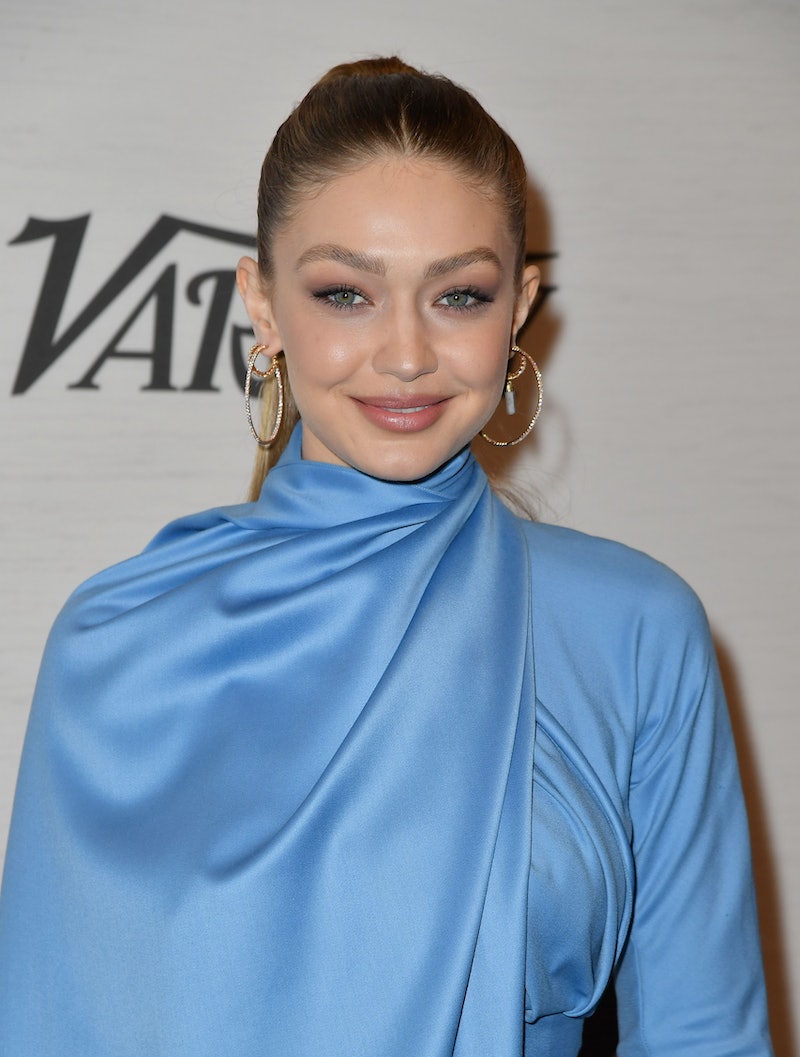 A month after welcoming their first child, Gigi Hadid and Zayn Malik shared their first family photo, posing in costume with their newborn daughter on Halloween. On Saturday, Hadid posted the adorable picture of the couple with their baby girl on her Instagram story, along with a sticker that read: "My First Halloween."

While all three wore costumes for the occasion, the looks weren't coordinated. Hadid appeared to be dressed as Zero Suit Samus Aran from the Metroid science fiction action-adventure game by Nintendo; Malik opted to be a Slytherin from the Harry Potter series; and Malik and Hadid's daughter was dressed as the Hulk, donning a tiny green suit and a knitted Hulk hat. The couple, who haven't shared many baby updates since their daughter was born in late September, covered her face with a Marvel emoji to preserve her privacy.

Fans won't be too surprised the couple is keeping their newborn daughter off social media for now, as Hadid and Malik have yet to reveal the baby's name. On Sept. 23, Hadid posted a black-and-white photo of her daughter's hand on Instagram, captioning it: "Our girl joined us earth-side this weekend and she’s already changed our world. So in love." Malik also posted the sweet photo on Instagram, writing, "Our baby girl is here, healthy and beautiful." He added: "To try put into words how I am feeling right now would be an impossible task. The love I feel for this tiny human is beyond my understanding."

Malik and Hadid aren't posting baby pictures just yet, but the two have shared a few parenting updates. Last week, Hadid revealed she'd voted with her daughter by her side, writing on Instagram that she'd cast her mail-in ballot "for an America I want her to see." On Thursday, Hadid posted a handwritten letter to friends and fans on her Instagram story, thanking everyone who reached out with warm wishes or gifts following the birth of her daughter, per Elle. The model wrote the family was "overwhelmed with how many beautiful things this little one has already been spoiled with by people I love."

Earlier in the month, Hadid posted a photo of a romantic at-home dinner with Malik, revealing the two were having the first date night since the arrival of their daughter, according to People. Hadid wrote, "She's in the other room [with] Oma but miss her [so much] lol."