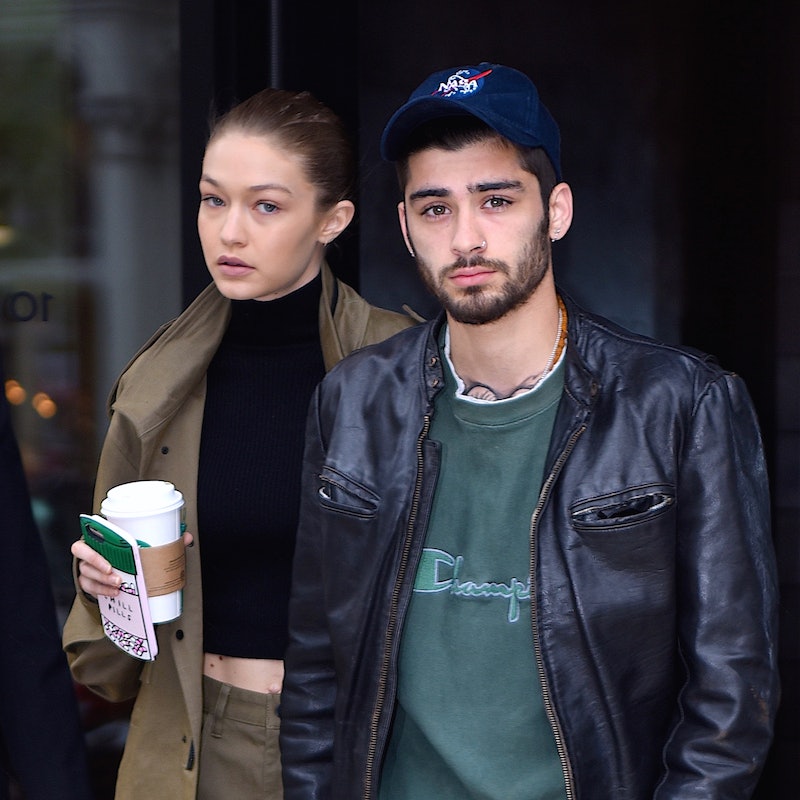 Less than one week after the news of Gigi Hadid and Zayn Malik’s split circulated online, the model is reportedly thinking about developing a custody arrangement for their one-year-old daughter Khai. “Gigi met with her lawyers last week. She also met with new lawyers to start helping with custody issues,” a source told Us Weekly. “There will be conversations about custody.” Bustle has reached out to Gigi’s rep for comment and will update this story accordingly.

According to the magazine’s insider, the model knows that the former One Direction star “will always have to be a part of her life.” But still, she finds the recent reports about the singer’s alleged altercation with her mom, Yolanda Hadid, to be “distressing.” The news of the altercation emerged shortly before the news of Zayn and Gigi’s breakup on Oct. 28, courtesy of TMZ. Per the report, the 28-year-old pop star allegedly “struck” the Bravo star during an argument.

Zayn “adamantly denied” the allegations in a statement issued to the outlet. “For the sake of my daughter I decline to give any further details,” his statement read. “I hope that Yolanda will reconsider her false allegations and move towards healing these family issues in private.” On Twitter, he shared a longer statement that provided some more vague details about what exactly occurred.

“As you all know I am a private person and I very much want to create a safe and private space for my daughter to grow up in,” the pop star wrote. “A place where private family matters aren’t thrown on the world stage for all to poke and pick apart.” He went on to say that he would “not contest claims” about the altercation, which allegedly took place on Sept. 29 when “a family member” entered their home while Gigi, 26, was away.

Malik was charged with four counts of harassment over the alleged altercation, according to People. Per the court documents, the R&B singer “grabbed [Yolanda] and shoved her into a dresser.” The documents also state that he hurled insults at the reality TV star and told her to “stay away” from Khai. He was charged with two additional counts for harassing Gigi over the phone and attempting to “physically engage in a fight” with security guard John McMahon.

Malik pleaded no contest to the charges, but he is required to serve 90 days of probation for each of the four counts. He also must complete an anger management course and a domestic violence program and is not allowed to have any contact with Yolanda or McMahon. Yolanda, for her part, has not addressed the situation publicly. However, a rep for Gigi told People that the model is “solely focused on the best for Khai” and would like some privacy during this time.

On the same day that the news of the altercation first broke, People reported that “multiple sources” confirmed Gigi and Zayn’s split. “They are not together right now,” a family friend reportedly told the outlet. “They are both good parents though. They co-parent. Yolanda is of course very protective of Gigi. She wants the best for her daughter and grandchild.”