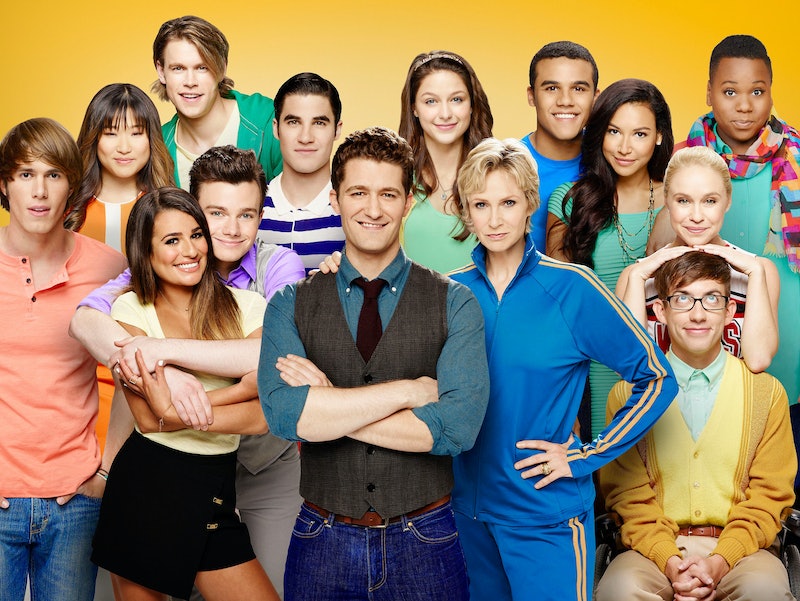 Following their co-star's tragic July death, the Glee cast is honoring Naya Rivera's memory this holiday season with a charitable fundraiser. Matthew Morrison, who played Will Schuester in the Fox series, shared in a recent Entertainment Tonight Zoom interview that it was "a really challenging year" with the loss of another cast member but that the group has "bonded together so much." As part of that, they've teamed up to do some good.

Morrison explained that "Naya used to do this thing called Snixxmas," a Christmas party named using "one of her little nicknames, Snixx." He told ET that he and his former co-stars were considering reviving the tradition this year, and not long afterward, they officially launched a GoFundMe to collect donations for Rivera's favorite charity, Alexandria House in Los Angeles. According to the organization's website, Alexandria House is a "transitional residence and house of hospitality" that provides "safe and supportive housing for women and children in the process of moving from emergency shelter to economic stability and permanent housing." The Snixxmas Charity Drive, which runs through Dec. 18, has raised more than $68,000 of their updated $100,000 goal, with contributions coming from over 2,700 donors, at the time of publication.

Rivera, the mom to 5-year-old Josey, was vocal about her support of the organization. "The connection I feel with [Alexandria House] and the people who reside and work there has been the biggest blessing and made such a huge positive impact on myself and my son," she wrote in February, five months before she died in a drowning accident at age 33. "We truly have found a home away from home through the time we spend volunteering there."

In a Dec. 3 video promoting the charity fundraiser, Glee alums including Darren Criss, Heather Morris, Jane Lynch, Dianna Agron, Harry Shum Jr., Kevin McHale, Chord Overstreet, Jenna Ushkowitz, and Chris Colfer joined Morrison in singing Rivera's praises. "Every holiday season, Naya not only managed to find a way to give something to great back to her friends and family, but something great back to her community," Criss said. Ushkowitz added, "Now more than ever, it's important that we keep the Snixxmas spirit alive."

Rivera's family released a statement thanking "Naya‘s friends and colleagues for having the desire to put such a beautiful fundraiser together," also noting they'd be donating items from her Jojo & Izzy clothing line. "Naya loved Christmas and we are pleased to know that her Christmas parties left a lasting impression on all of our lives," their statement continued. "To honor her in this manner is evidence that her love for others is endlessly alive."

More like this
20 Years Later, Kelly Clarkson & 'American Idol' Judges Reunite For Her Hollywood Walk Of Fame Star
By Radhika Menon
The 'Skins' Cast Shared The Reunion We’ve Been Waiting For
By Sophie McEvoy
Netflix Reveals First Look At Wednesday In The 'Addams Family' Spinoff Series
By Bustle Editors
A New 'And Just Like That' Table Read Pic Confirms A Key Character's Return
By Jack Irvin and Grace Wehniainen
Get Even More From Bustle — Sign Up For The Newsletter