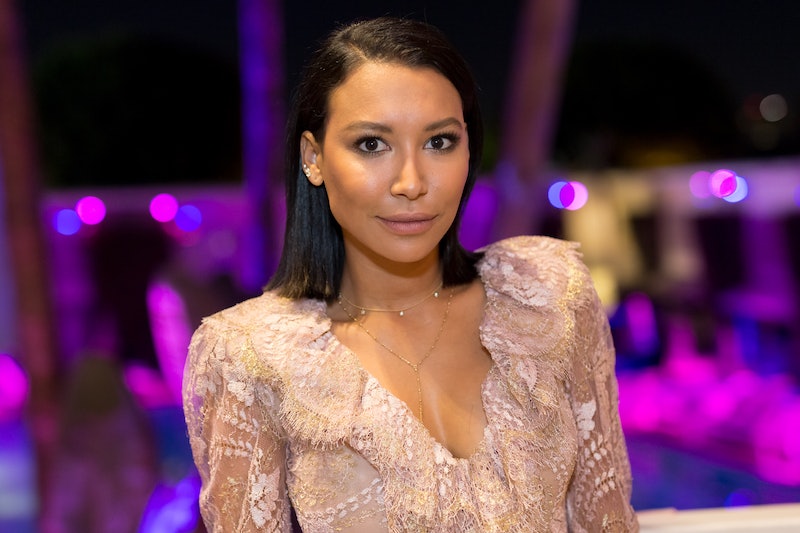 In a tragic turn of events, authorities have confirmed that Naya Rivera has died at the age of 33. The Glee actor was first reported missing on Wednesday, July 8, after her 4-year-old son, Josey Dorsey, was found alone in a boat she had rented on Lake Piru. According to the Ventura County Sheriff's Department, Josey told authorities that he and his mother had gone swimming, but Rivera never came back to the boat.

After an exhaustive, nearly six-day search, a body was found in Lake Piru early Monday, July 13. Hours later in a press conference, the Ventura Sheriff Department, which had been conducting the search, confirmed that the body was, in fact, Rivera. "We are confident the body we found is that of Naya Rivera," the Ventura County Sheriff said. He later added that, at the time of the press conference, there was no suspicion of foul play.

The Sheriff also suggested that Rivera's death was caused by underwater brush and debris, common in the lake. Based on the press conference, authorities seem to believe that Rivera might have been caught on something, or caught up in a strong current. "The idea perhaps being that the boat started drifting — it was un-anchored — and that she mustered enough energy to get her son back into the boat, but not herself," he said, stressing that it was just speculation at this point.

Local authorities began their search of Lake Piru Wednesday evening, pausing at night, and reconvening early on Thursday morning. "The search for Naya Rivera will continue this morning at Lake Piru," tweeted the Ventura Sheriff official Twitter account the day after her disappearance, noting that divers would be assisting the search. Subsequent tweets declared that there were "over 80 people involved in the search," and that authorities were using "helicopters, boats, ATV vehicles, and ground personnel" in their attempt to find the actor.

On Thursday, the Ventura County Sheriff's Office confirmed that they had changed their mission from a search and rescue to a "recovery mission." In a statement, the office wrote that "Investigators believe Rivera drowned in what appears to be a tragic accident." Despite these statements, fans continued to hope for Rivera's safe return even as the search continued into Friday, fans and friends took to social media, hoping for her safe return — using the hashtags #PrayForNaya and #FindNaya. Some of Rivera's former Glee co-stars also sent messages of hope and prayer for the actor when news of her disappearance first broke on Wednesday.

Rivera had been starring on Step Up: High Water, which just got picked up for a Season 3, set to premiere in 2021. It's unclear if the show will continue.

More like this
The 2023 Super Bowl Commercials Feature A 'Breaking Bad' Reunion & Missy Elliott
By Alyssa Lapid
Taylor Swift & Harry Styles Had A Secret Reunion At The Grammys
By Shahed Ezaydi
18 Photos Of Jennifer Lopez’s Mansion You Can Now Buy For $42.5 Million
By Alyssa Lapid
Who Is "Daddy" Pedro Pascal Dating? People Are Thirsting Over The 'Last Of Us' Star
By Alyssa Lapid
Get Even More From Bustle — Sign Up For The Newsletter
From hair trends to relationship advice, our daily newsletter has everything you need to sound like a person who’s on TikTok, even if you aren’t.