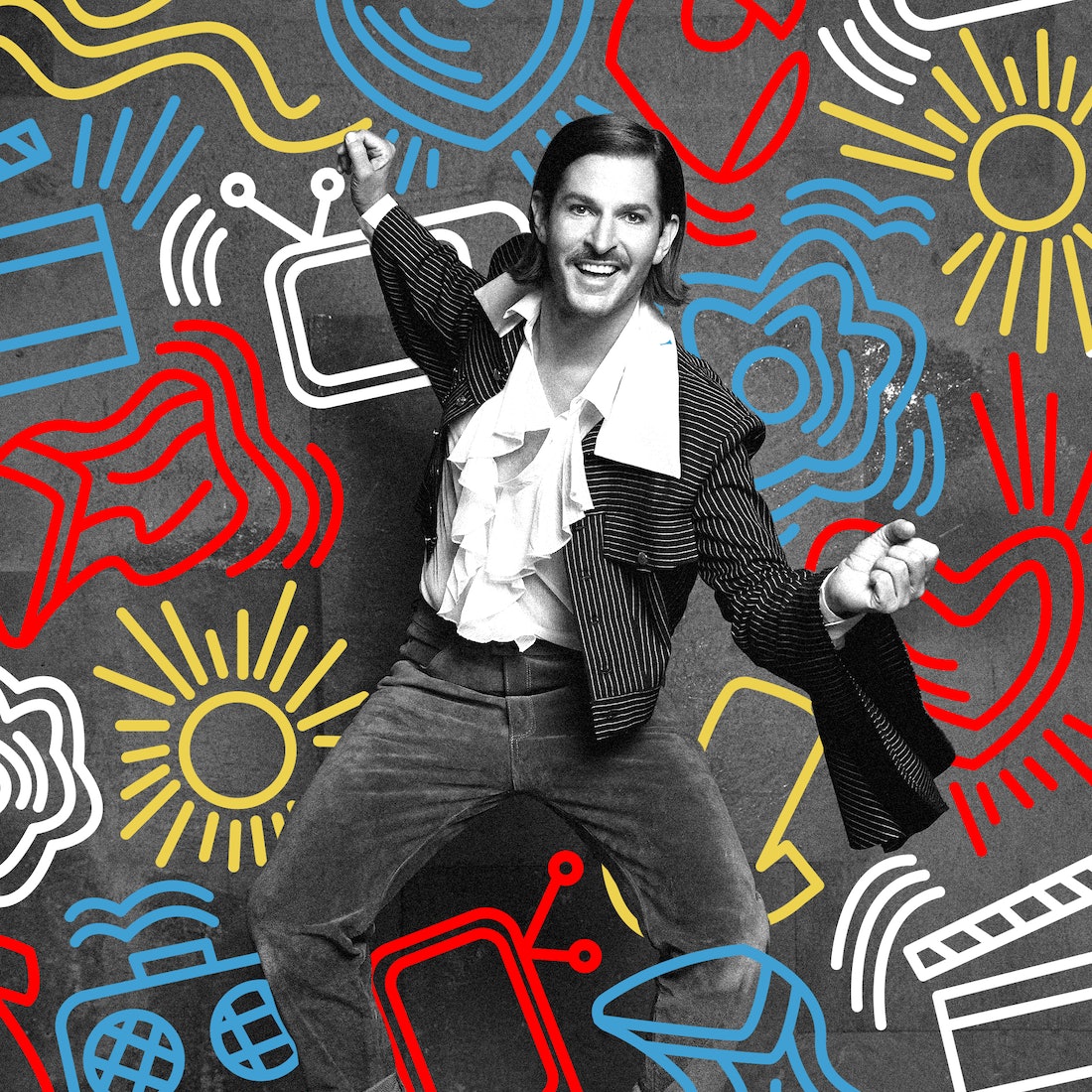 Glyn Fussell has made partying his life’s joy — not just a fun activity during Pride. As the co-founder of Sink The Pink, the legendary LGBTQ+ collective and club night, the “King of the UK’s club scene” is best known for his loud and proud approach to partying, which he and his crew have elevated to an absolute art form. “Giving people who have always felt invisible a voice has been the biggest gift of my life,” Fussell tells Bustle. “Cheesy as it is, I found all my best friends at Sink The Pink.”

“We have traveled together, seen the world, laughed so hard we have wet ourselves,” adds the 41-year-old. “I feel so proud of the work we have done to change narratives, push our community into mainstream spaces, and stay true to ourselves throughout. And all the while doing so in a ridiculously over the top and flamboyant fashion!”

And flamboyant it is. Sink The Pink’s collaborations include Melanie C, Pink, Little Mix, and Years & Years. Another notable fan is Drag Race star Bimini Bon Boulash, who credits the club night as the place that made their career trajectory possible. Fussell knows the importance of giving people space to be unapologetically themselves, having grown up not knowing where it was OK to simply be. “It took me so long to not care about what others thought of me,” he says. “It stopped so much of my early development and growth.”

Fussell is also the co-founder of The Mighty Hoopla, a September pop festival that’s packed with camp nostalgia with performers like Eve, Cheryl, Gabrielle, and En Vogue. And he has two podcasts: Drag Queens’ Den for BBC Radio 1, where he hosts uncensored conversations about all types of drag, and We Can Be Heroes, which debuted on June 28.

“I wanted to create something that had worth, stories of inspiration that would lift us up, and give us a glimmer of light to focus on,” says Fussell of his newest endeavor, name-dropping musician Skin and Bimini as podcast guests. “I have spoken to the most eclectic, diverse groundbreaking people who have achieved remarkable things on their terms, and in their own unique lane. It has saved me at times, doing this podcast. It lifted my spirits, and gave me hope. I really hope it will do the same for others listening too.”

With so much to look forward to, Bustle asked Glyn Fussell where he hopes to be 16 years from now in 2037 and who he’d love to see grace the Sink The Pink stage next.

Wow, I was a ball of anxiety and fear back then so I would tell myself to be brave, be bold, and f*ck things up! The second I stopped caring about what others thought about me I came alive, it was like a rebirth into the camp, loud, bird of paradise you see before you.

Physically, somewhere hot, surrounded by love and small, gay cliché dogs! Professionally, I want to make sure I end up continually chasing my joy, and doing stuff of worth.

How are you celebrating Pride in 2021?

I will be in London and will be celebrating Pride throughout the whole summer. We have to be more vocal and drag this out until we get to march again. It’s time for the noisy to get even noisier.

I couldn’t do what I do without the work of Lavinia Co-Op, Princess Julia, Sir Peter Tatchell, John Sizzle, Jonny Woo, Les Child — all these icons put so much into creating a scene, and I have a huge respect and admiration for them as a result. Outside of my own community, I adore Beth Ditto, Gareth Pugh, Armistead Maupin. They have all inspired me in different ways.

Which LGBTQ+ charities do you love and why?

I work with a lot of incredible LGBTQ+ charities. Not A Phase is doing great stuff, and I think their founder, Dani St James, is going to do big things. The work Opening Doors does for older members of the LGBTQ+ community is so important and often gets forgotten about. While AKT provides a crucial lifeline for so many young queer people that end up homeless or are in need of help.

Who hasn’t performed on the Sink The Pink stage that you would love to see?

We have been spoilt and had huge performers over the years, but I would love Rina Sawayama to join us soon.

What makes the UK drag scene so distinctive?

The anarchy of it. That was what made me fall in love with it. It has this raw, raucous punk energy that is on the edge. I want to see b*llocks and stage dives, please! Or it isn’t drag.