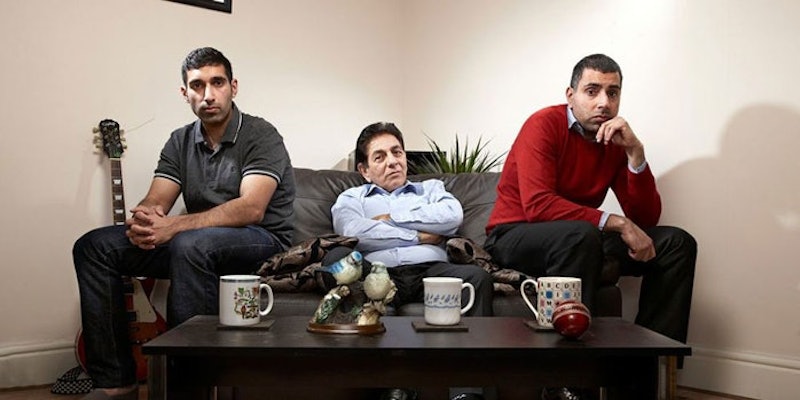 Now entering its 16th series, Channel 4's Gogglebox will again provide the hilarious TV commentary of families scattered across the UK. Upon the reality hit's highly-anticipated return, fans might now be wondering which of our favourite armchair critics will be back to offer their side-splitting telly observations this time around. If you're keen to find out, here's who's in the lineup of Gogglebox series 16.

As the Express reports, those returning to the long-running series include brother and sister duo Peter and Sophie Sandiford, the Bristol-based Plummer brothers, and the Manchester Malone clan. Elsewhere, Gogglebox staples the Siddiqui family will also be starring in the show's latest run, and will be appearing alongside loveable Bristolian pensioners Mary and Marina, husband and wife double act Giles and Mary, London besties Amira and Iqra, the Brighton-based Michael family, and Leeds sisters Ellie and Izzi Warner — the latter of whom confirmed their return to the Channel 4 favourite with an Instagram caption that read: "Guess who's back...back again."

As Digital Spy reports, the show's previous series continued to film new episodes during the height of the nationwide lockdown, and speaking on Twitter, Gogglebox creator Tania Alexander confirmed the reality series would be returning in the month on September.

"Huge THANK YOU for your kind messages re #Gogglebox and #CelebrityGogglebox," she wrote. "It really wasn't easy getting this show to air every week during lockdown but ur (sic) support made it ALL worth it. Big shout out to the cast from both shows. AND my amazing team. See y'all on Sept 11th," Alexander revealed.

The new series follows the equally brilliant Celebrity edition of the show which wrapped up earlier this year, and will arrive back on our screens with a hefty 15 episode-run that is set to begin airing weekly in the usual Friday evening slot, the Express reports.