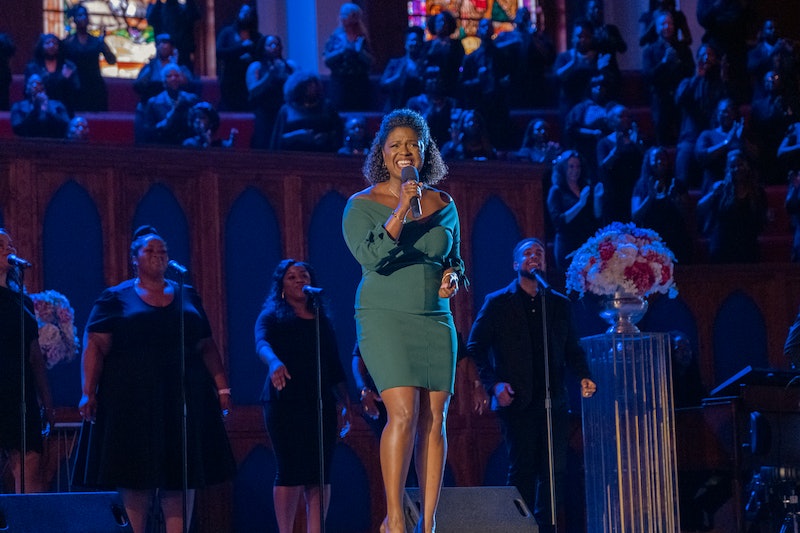 After its Season 5 finale on Aug. 11, Greenleaf won't return for Season 6. But the world of the megachurch drama won't be gone for good, because there's reportedly a Greenleaf spinoff in the works.

According to Deadline, the final season of Greenleaf was the No.1 original series on both broadcast and cable among African American women; its most recent episode pulled in a record 2.1 million viewers. For a smaller network like OWN, those viewership numbers are hard to say no to. But with TV Line reporting that the show had always been envisioned as a five-season series, a spinoff is the next best thing for the network to having a sixth season.

OWN told TV Line that a spinoff had always been in the back of creator Craig Wright and executive producer Oprah Winfrey's minds, but the fan investment helped "accelerate" the timeline. There's no information yet on what the spinoff will be about or when it might come out. Greenleaf's own premiere schedule is historically erratic, with the show sometimes airing in the spring or summer or even late fall. But the seasons were all about six months to a year apart, so perhaps if scripts have been written during this production hiatus and filming can commence soon, the spinoff could premiere mid-2021.

In the meantime, Deadline reports that the regular Greenleaf cast will reunite for a one-hour special airing on OWN immediately following the finale. They'll share their favorite moments from the show and answer fan questions. Maybe they'll even tease some info about the spinoff.

More like this
Patrick Dempsey Explained Why Playing McDreamy Was Frustrating
By Grace Wehniainen
Donald Glover Is Keeping His "Options Open" About The Future Of 'Atlanta'
By Grace Wehniainen
The 'Dead To Me' Creator Says Her Series Finale Idea “Felt Very True To The Show”
By Brad Witter
Will 'The Walking Dead' Return For Season 12?
By Grace Wehniainen
Get Even More From Bustle — Sign Up For The Newsletter