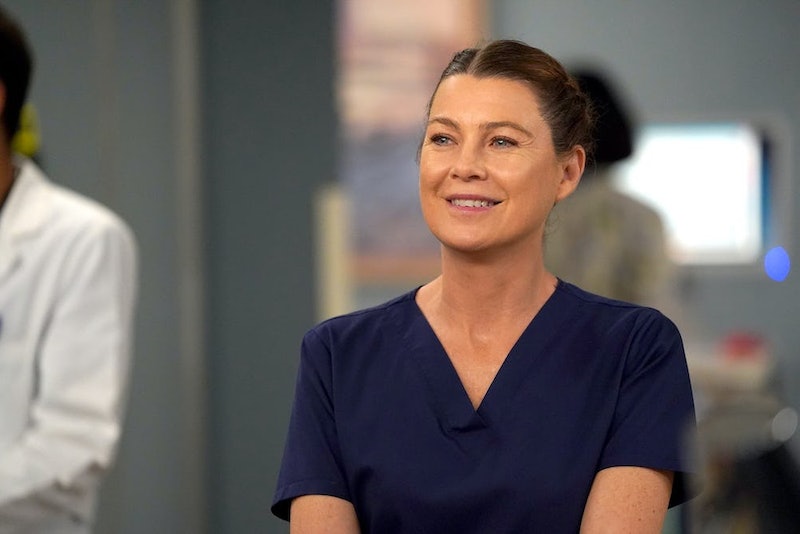 In a dramatic turn of events, the midseason finale of Grey's Anatomy concluded with Meredith Grey on a ventilator despite appearing to be on the mend. Her return from the beach dreamscape had been a mere "COVID high," a concept that executive producers Andy Reaser and Meg Marinis consistently heard about from medical consultants. In the wake of the finale, the Grey's Anatomy producers teased Meredith's fate and hinted at whether Season 17 could be the medical drama's last — and their answers are about as uncertain as Meredith's COVID prognosis.

"I feel like we are succeeding still in incredible fashion, and we're so grateful for that," Marinis told Entertainment Tonight when asked if the end of Grey's is near. "But I will say, because of the circumstances of this year, we have been writing each episode like it could possibly be the last episode until we could get back on the air because we just don't know." Not every episode will include a cliffhanger per se, but each one "has such an emotional punch to it, for at least a few of our characters, that if it had to be the last episode for a second, it could be," Marinis said.

Fortunately, the show has been able to continue filming amid the pandemic, so Marinis confirmed that there are definitely more episodes ahead. But in terms of how the season or series will end, the producers weren't able to provide any concrete insight. "Who knows when Grey's Anatomy will end?" Marinis said. "Not to get too hung up on words, but there's a difference between an ending and the ending. Elements of this season definitely involve an ending," Reaser added.

What will this ending look like? Much like last night's episode, the physical and mental tolls of the virus will be explored at great lengths in the second half of the season. "The mental health of our doctors and healthcare workers really landed home in this episode," Marinis said. And while physical health is obviously a major concern when it comes to the effects of COVID-19, the producer noted that "we're really starting to see the effect that this disease is having on the mental wellness of our healthcare workers, so we absolutely want to show that as well."

As for Meredith's uncertain fate, the unpredictability is rooted in the precariousness of the virus itself. "It's not something that we take lightly and we don't want to feel like Meredith is being let off the hook too easily," Reaser said. "The virus keeps everyone guessing and it's relentless, so it's going to take relentlessness to fight it."

The second half of Grey’s Anatomy Season 17 returns to ABC on March 4.

More like this
Shonda Rhimes' Net Worth Makes Her One Of The Wealthiest People In TV History
By Hugh McIntyre
'Grey's Anatomy's New Intern Got Advice From Dr. Bailey Herself
By Grace Wehniainen
Did 'Grey’s Anatomy' Just Drop A Major Taylor Swift Easter Egg?
By Grace Wehniainen
'The Rings Of Power' Episode 7 Will Feature An “Unlikely Pairing Of Characters”
By Grace Wehniainen
Get Even More From Bustle — Sign Up For The Newsletter