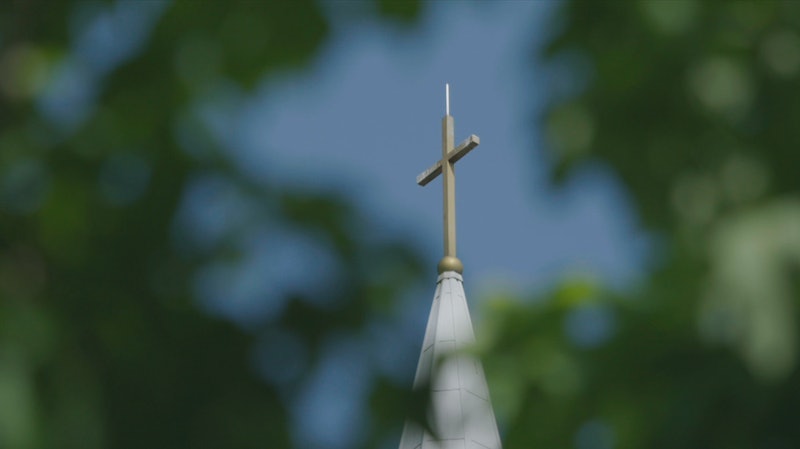 Though HBO’s new docuseries The Way Down largely focuses on the life and death of Remnant Fellowship Church founder Gwen Shamblin, it also touches on her children Elizabeth and Michael, who she shared with her first husband David Shamblin.

As adults, both Elizabeth and Michael have held leadership roles within their mother’s church, with Elizabeth leading the Remnant Fellowship youth group and Michael helping to lead worship services and music performances for the church. Elizabeth had four kids — Grace, Gweneth, Gloria, and Charles Grantham — with her late husband Brandon Shannon before he died suddenly in the May 2021 plane crash that also killed Elizabeth’s mother and stepfather, Joe Lara. Elizabeth had a fifth child, but he died tragically in his sleep at just five months old — an incident that was barely discussed within the church.

Similar to his sister, Michael and his wife Erin Shamblin have four children: Gabriele, Garland, Gates, and Christian. Unlike Elizabeth, who has remained loyal to Remnant Fellowship, Michael has left his mother’s church repeatedly during adulthood, at least once in order to pursue his own music career. Likely due to Michael’s struggles with his mental health, multiple infidelities, and weight fluctuations, his visibility within the church has varied over time. Former Remnant Fellowship members say in The Way Down that Michael felt trapped by his familial obligations to Remnant Fellowship, and that his resentment and disengagement were evident at times.

Where is Elizabeth Shamblin Hannah Now?

After the plane crash that led to her mother and husband’s death, Elizabeth Shamblin Hannah assumed a primary leadership role in the Remnant Fellowship Church. On the day of the crash, she sent a text message out to Remnant Church members telling them to, “be in prayer — and be at peace. GOD IS IN CONTROL, and we will not stop moving forward with WHAT GOD WANTS with this church.”

Where is Michael Shamblin Now?

Less is known about where Michael is, though he is seemingly still involved with the Remnant Fellowship Church.