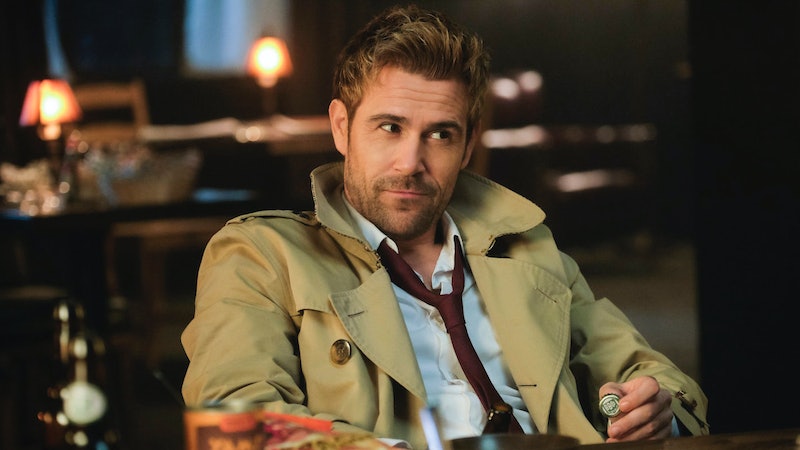 DC’s Legends of Tomorrow may have said goodbye to John Constantine, but actor Matt Ryan will still be on the show. In Season 7, he reappears as a new character named Gwyn Davies who will be integral in helping the Legends escape the past.

As we saw in the Season 6 finale, Sara Lance and the rest of Legends became trapped in the 1920s when their ship, the Waverider, was destroyed — seemingly by another Waverider. With no way of returning to the present, they reach out to Gwyn for help. Though the character isn’t in the original DC comics, he does reference real life history. As co-showrunner Keto Shimizu explained to SYFYWire, Gwyn is a brilliant scientist in New York who works for Thomas Edison. In the world of the Legends, Gwyn is “the man who supposedly laid the foundation for time travel. So their goal becomes to find this man and have him invent time travel for them so they can go home.”

This plays off of the fact that Edison was one of the most prolific inventors in history, credited with inventing or significantly advancing the technology behind lightbulbs, batteries, and the motion picture camera, among other things. Both his inventions and others’ led to a boom in speculative fiction. When Edison was in his 40s, two of the most popular time-travel novels were published: Edward Bellamy’s Looking Backward in 1888 and H.G. Wells’ The Time Machine in 1895. Legends of Tomorrow will likely draw from this history and spin it out in a whole new direction.

According to SYFYWire, replacing Constantine with Davies may have been the result of some behind-the-scenes shuffling. There are rumors that there is a new HBO Max project in development that will focus on a younger Constantine, in which case Warner Bros. might want to avoid confusing viewers by having two different actors play one character.

Regardless of the reason, Ryan told Entertainment Weekly that it felt right to end Constantine’s story where they did. “There was, inevitably, only so much time he could spend on Legends. I think they did a really good job of fitting someone like John into Legends and what he could bring to it,” Ryan said. “I love playing the character, as I think everybody knows, but in terms of what we've explored with him on Legends, I think we got as far as we can go aside from John going off on his own journeys again. It didn't feel like, ‘Oh bummer, man, they pulled it away from me’ or anything like that. It was just like, ‘This feels right to put John to bed.’”

Still, there will be glimmers of Constantine in Ryan’s new character: Shimizu hinted to SYFYWire that Davies has some “demons” of his own. “Not the kind that John had, but really personal ones that he’s dealing with, and his own reasons for wanting time travel,” she said. "So him hooking up with the Legends both is a means to the end that he’s trying to reach, but also a potential hindrance. And there’s just wonderful potential there for deep friendships to form but also, you know, some real conflict as we approach sort of the endgame.”