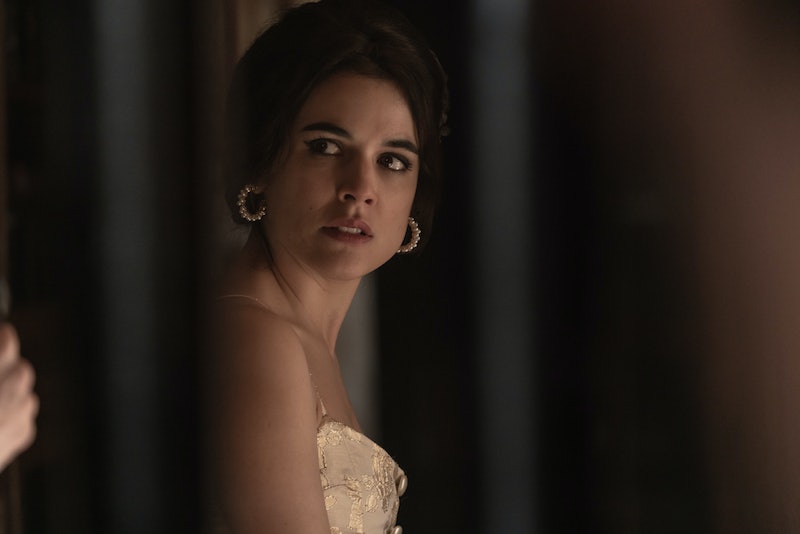 Like many series in the last year, Hache was delayed — likely because of the lengthy pandemic-induced industry shutdown. The second season of the Spanish-language Netflix show was originally supposed to premiere in 2020, but it ended up getting pushed to February 2021. If Hache is renewed for Season 3, it could potentially get back to its usual schedule of airing one season a year in the fall.

Hache, which follows a sex worker as she rises through the ranks of organized crime in Barcelona, originally premiered eight episodes in November 2019. It was such an overnight success that Netflix renewed it for a second season just a few weeks later. If Netflix again renews quickly, fans could have an answer about Season 3 by March, and then it's possible the series could film in time for a fall 2021 return date. Or, perhaps the show will stick to a year between seasons (like most Netflix shows do) and come back in February 2022.

The streaming site hasn't yet made a decision about a third season, but when the show first premiered, creator Verónica Fernández was already thinking ahead. "I believe that the Hache universe is great and we want to continue exploring," she told Serielizados magazine. "It is a series that any character ... they all have many things to tell and we will fight to continue telling them." At the time, she mentioned being interested in continuing at least through a third season, and she said she already had some ideas to further the story.

If Netflix does renew Hache, it seems like Fernández can hit the ground running with some of those ideas she's been percolating for over a year now. That way, she can help bring more episodes of the show to viewers ASAP.

More like this
'The Queen’s Gambit' Season 2 Tweet Wasn’t From Anya Taylor-Joy
By Mary Kate McGrath, Jack Irvin and Grace Wehniainen
The 'Freeridge' Cast Shared Their Hopes For A Potential Season 2
By Grace Wehniainen
Netflix Shut Down 'Bridgerton' S3 Rumours About A “Very Dark” Storyline
By Bustle
Everything To Know About A Potential 'Lockwood & Co.' Season 2
By Gretchen Smail
Get Even More From Bustle — Sign Up For The Newsletter
From hair trends to relationship advice, our daily newsletter has everything you need to sound like a person who’s on TikTok, even if you aren’t.