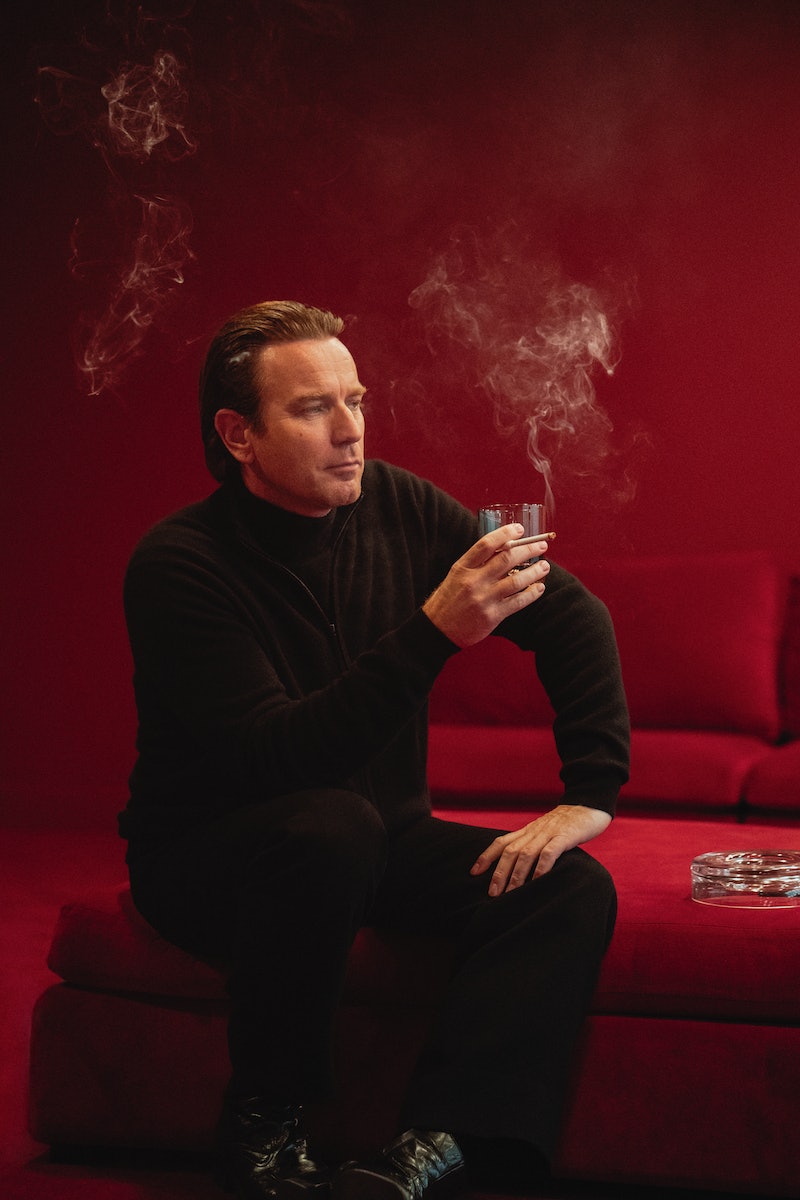 The buzzy, beautiful Halston on Netflix covers the rise and fall of a trailblazing designer who left an indelible imprint on American fashion. But not everyone’s as delighted about the spotlight on Halston’s successes, failures, and legacy: specifically, Halston’s family is less than pleased about the new show.

Born Roy Halston Frowick, the successful designer was known for creating iconic looks, from Jackie Kennedy’s pillbox hat all the way to Liza Minnelli’s ’70s caftans. But the miniseries also dives into Halston’s alleged cocaine and alcohol use, including his regular attendance at Studio 54 and seemingly destructive behavior, which became ruinous to his wellbeing and his company. Halston’s family has a very different view of the late designer, who passed away in 1990 from AIDS complications.

On May 10, the Halston Family and Archives released a statement through PR Newswire that said, in part, that they “were not consulted on the upcoming Netflix series involving an inaccurate, fictionalized account of famed fashion designer, ‘Halston.’”

According to The Guardian, Halston’s niece, Lesley Frowick — who’s also founder and director of the Halston Personal Archives, author of Halston: Inventing American Fashion, and consultant on 2019 documentary Halston: The Original Fashion Mogul — was only made aware of the Netflix project when it was almost finished. “These people who didn’t know him well, perhaps because they were mere children during the Halston apogee, often like to focus on the most sensational parts of the story,” she said. She also professed doubt about Ewan McGregor in the role of Halston, saying that it would be “impossible” to recreate her uncle’s essence.

Regarding the show’s emphasis sex and substance abuse, “Those details tend to be overinflated rather than placing the rightful emphasis on his incredible gift as an artist, the depth of his contribution to American fashion, his work ethic and his success as one of the first true American fashion influencers,” Frowick said. “In actuality, our uncle Halston was a very private, dignified gentleman, and it is my hope that he will be remembered and respected as such.”

For WWD, Frowick spoke further about her uncle, saying his entire family has worked hard to uphold his legacy and reputation, and that the Netflix series made them feel “violated.” Even though Netflix approached people who knew the designer — including Halston’s close friend Liza Minnelli, whom Ewan McGregor met with — “They did not approach us at all so this is in fact an unauthorized series about my uncle’s life and touching on fiction, I guess. Salacious things sell.” She wouldn’t comment on whether the family was pursuing legal action. “I always say, ‘What would Halston do?’ And Halston would say, ‘Rise up.’”

Thus far, Netflix hasn’t commented. But Murphy, who’s from Indiana like Halston, told Vogue in April 2021 he knew about the designer from a young age. “He was always a big figure in my mind — a representation of somebody who had come from humble beginnings and had gone on to do something incredible with his life — and I was always moved by him.”

More like this
Devi Is Going To Meet A “Smoldering Bad Boy” In ‘Never Have I Ever’ Season 4
By Jack Irvin and Gabrielle Bondi
Netflix Reveals First Look At Wednesday In The 'Addams Family' Spinoff Series
By Bustle Editors
‘The Ultimatum: Queer Love’ Is Officially On The Way
By Radhika Menon and Kadin Burnett
Nicola Coughlan Shared A Lady Whistledown Excerpt From ‘Bridgerton’ Season 3
By Grace Wehniainen, Alyssa Lapid and Sam Ramsden
Get Even More From Bustle — Sign Up For The Newsletter