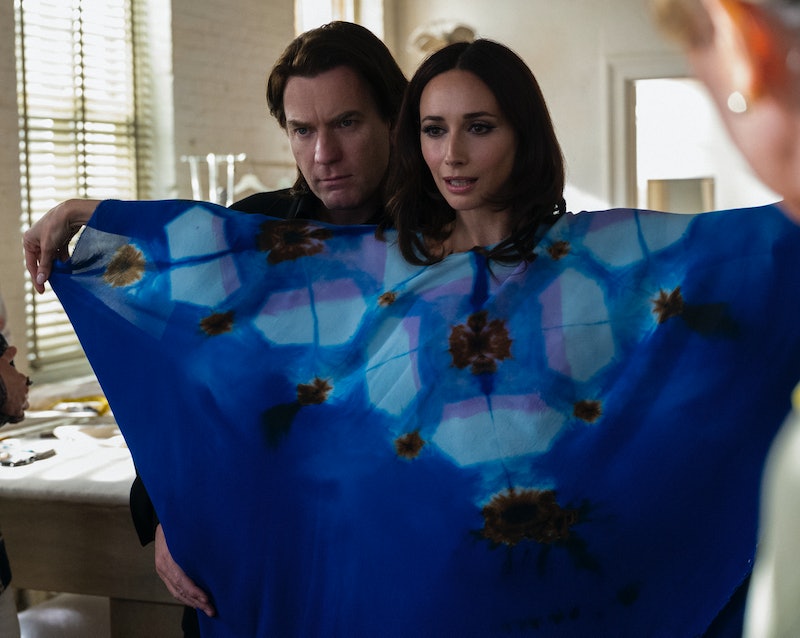 Netflix’s limited series Halston has garnered buzz for Ewan McGregor’s performance as the celebrated designer — and already, viewers are wondering: will there be a season two?

Unfortunately for fans of the show, regardless of how popular Halston becomes, the series was designed as a self-contained work — no extra seasons required. Spoilers for Halston follow.

The limited series catalogues Halston’s rise and fall, including from his early life, to his rise as a designer, and the fall of his empire; it concludes not long before his death. This doesn’t mean the subject matter won’t ever be tackled again, but in this format the story has a distinct beginning, middle, and end. Ryan Murphy spoke to this specifically in an interview with Vogue, saying, “We end with his death of AIDS [in 1990] and that idea of so many heroes and people being lost in that time — that informs a lot of my work.”

He added, “I think we worked really hard to show a full portrait of not just a fashion designer but what it’s like to be an artist.”

Granted, Ewan McGregor has said that he enjoyed immersing himself getting into the spirit of the character: working on making Halston’s affect, mannerisms, and even his unique voice as accurate as possible. “I was always upset that I didn’t have his hands because he’s got beautiful, long, elegant fingers and I don’t,” he said. “When I’m doing the scenes pinning and draping, I was slightly upset that I wasn’t able to act his hands.” But he had moments where he felt in sync with Halston, even when the cameras weren’t rolling: “There was, like, a little curse, an eye roll or something where I felt that was it.”

And he’s still apparently moved by the experience: “I loved being him. It was so much fun.” So the actor certainly has the connection to the character, but there’s still no indication from him that there will be a continuation.

There’s also the fact that Halston’s family isn’t endorsing the miniseries, saying in a statement that it is “an inaccurate, fictionalized account,” and noting that they weren’t ever consulted for the series. “The Halston Archives remains the only definitive and comprehensive source on the man and his legacy as the personally appointed custodian of his private papers and effects.”

More like this
Devi Is Going To Meet A “Smoldering Bad Boy” In ‘Never Have I Ever’ Season 4
By Jack Irvin and Gabrielle Bondi
Netflix Reveals First Look At Wednesday In The 'Addams Family' Spinoff Series
By Bustle Editors
‘The Ultimatum: Queer Love’ Is Officially On The Way
By Radhika Menon and Kadin Burnett
'Heartstopper' S2 Just Welcomed Four Brand New Cast Members
By Nola Ojomu and Sam Ramsden
Get Even More From Bustle — Sign Up For The Newsletter