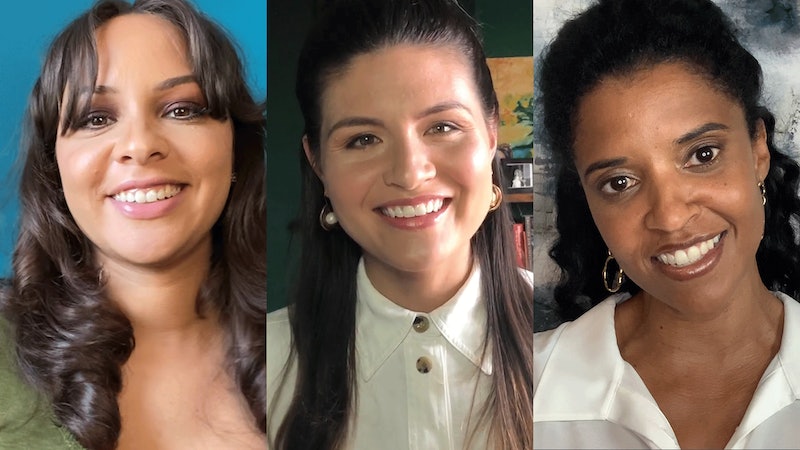 At this point, Hamilton is a household name. The Broadway musical, written by Lin-Manuel Miranda, was a massive hit — shows sold out years in advance, and it was one of the hottest theater tickets you could get. It makes sense, then, that Disney+ would want to broadcast it to an international audience. The show dropped on Disney+ on July 3, meaning that even if you couldn't catch it on stage, you can still enjoy the musical story of Alexander Hamilton, right from your coach.

There are plenty of interesting characters in the show, but one standout group of crowd favorites are the Schuyler sisters. History says that the real Angelica, Eliza, and Peggy Schuyler were born to a wealthy family in Albany, and all had relationships with Alexander Hamilton at different times throughout his life.

"Hamilton married one sister, Elizabeth, in 1780," writes Oprah Magazine. "However, he kept up lifelong correspondences with the other two Schuyler sisters, Angelica and Margarita (aka Peggy). As Hamilton depicts, the Founding Father's epistolary relationship with his sister-in-law, Angelica, had an undeniable flirtatious undertone."

In the Disney+ the Schuyler sisters are played by Phillipa Soo, Renée Elise Goldsberry, and Jasmine Cephas Jones. But don't let the relationship drama fool you — the sisters played a far more integral role in the revolution than simply being the objects of Hamilton's ever-changing affections. The trio of actors connected with Bustle to talk about how they approached playing historical figures, how the sisters' story connected them to American history, and what the characters can teach the audience. Check out their interviews in the video above.

More like this
Brendan Fraser's Emotional Critics Choice Awards Speech Is Total Tearjerker
By El Hunt
Daryl McCormack Has A Very Special Lady In His Life
By El Hunt
Florence Pugh & Zach Braff Reflect On Their Relationship After Their Breakup
By Jake Viswanath
Sheryl Lee Ralph Shades The Kardashians For “Paying $10,000” To Get Lips Like Hers
By Alyssa Lapid
Get Even More From Bustle — Sign Up For The Newsletter