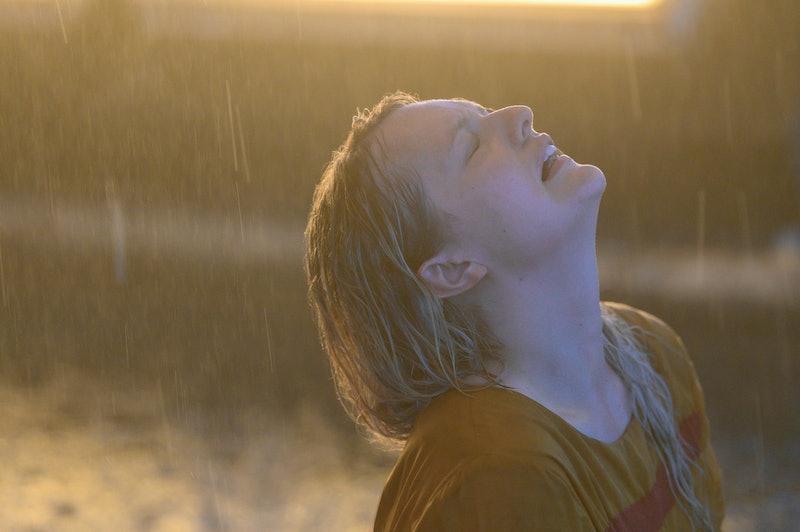 Spoilers ahead for The Handmaid’s Tale Season 4, Episode 6. It’s happened. After years of torture and assault, of false starts and near misses, of resignation and rebellion, June Osborne is finally free. In The Handmaid’s Tale’s May 19 episode, June makes the heart-wrenching choice to stow away on a Canadian NGO ship headed far from Gilead’s reach. It costs her the one thing that’s kept her going over the years: the hope that she can save Hannah. By the end of the hour, there’s at least two Great Lakes and three states between June and her eldest daughter, but you’d be naive to measure distance from Gilead in miles. The state does unthinkable things to people who will, in turn, spend the rest of their lives thinking about them. June Osborne is free, and yet she never can be.

For the 40 minutes of the episode spent at sea, various obstacles threaten to claw June back to Gilead’s shore. The NGO captain wants to turn her in to protect future humanitarian missions and some of the crew agrees. Even after the captain capitulates, June — the most wanted woman in Gilead — must evade the detection of Eyes carrying out a routine inspection of the ship. June’s resolve buckles, too. She attempts to untie a dingy, yelling at her old friend Moira, who compelled her onto the ship by arguing that Hannah is safer when June is furthest. You tricked me, June accuses. “If I don’t go back now, she is gone forever.”

Moira’s right that June is dangerous. We’ve already seen Hannah trotted out to manipulate her mother once this season. It’s also difficult to reason how June could have rescued Hannah from Chicago. Inside Gilead, she had relationships to lean on, but since hitching a ride to the warfront, June’s basically alone. Perhaps with the Canadian government as an ally, she’ll actually be closer to rescuing Hannah.

So much of what she’s accomplished — finding love with Nick, saving Nichole’s life, Angel’s Flight — she would have believed impossible in other moments. Still, in Gilead, she was Hannah’s mother, literally fighting her way back to her daughter by whatever means she could find. Now, June’s en route to a husband she doubts will take her back. “It is my job to protect her, and I failed,” she tells Moira. “How can I face him?” At various moments across the past three seasons, it’s seemed like June’s devotion to Hannah has kept her from reuniting with Luke. Here she reveals that, at least to her own mind, her devotion to Hannah is inseparable from her devotion to Luke. The episode is called “Vows” for a reason.

Three long seasons of violence and suffering have conditioned the audience to want June’s safety, but by the time the boat anchors, it’s hard to want her to step off. The psychic pain of growing physical distance between mother and child is excruciating to watch. Even after Luke accepts June, her disembarkment doesn’t read like freedom or even hold much relief. New agonies await. For those lucky enough to survive, Gilead is a place you leave, but not one you can escape.