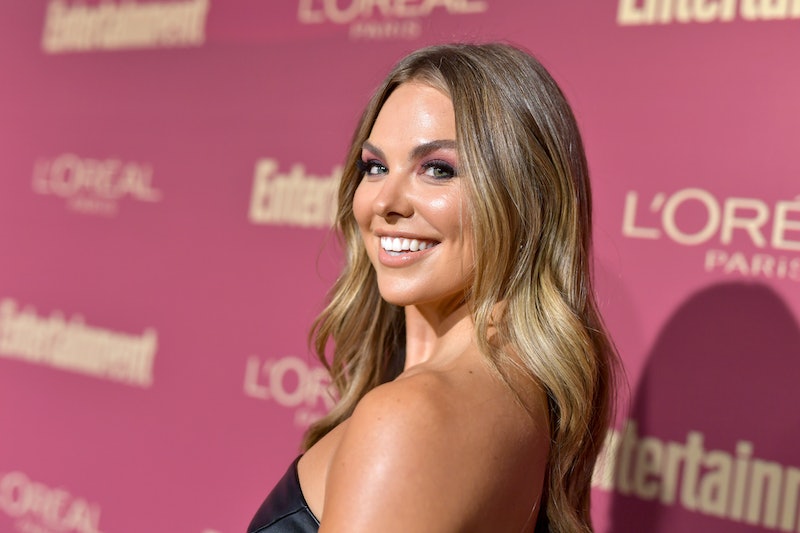 A little over a year after her season of The Bachelorette ended in heartbreak, Alabama Hannah is ready to embark on a brand new journey to find love. While updating fans on her love life in a new YouTube video, Hannah Brown revealed that she's dating again for the first time since the show — and this time, she knows exactly what she's looking for.

"I have something important to share with you guys: I got on a dating app," Hannah said in the video while getting ready for a first date. "I haven't been on a date since the show, so this is a big deal," the Dancing with the Stars champion revealed, adding that she's finally ready to "put myself out there" again. "This is the time to have some good old, masked fun. There's no pressure for anything because of the world that we live in right now."

While she's finally open to meeting new people and trying new things, Hannah did admit that she knows exactly what she wants in her next relationship. "I want a man, not a boy, who just has their crap together, can be a rock and be super supportive of me," the 26-year-old said. "But also, right now, it doesn't really matter. I just want a cute guy to hang out with and take me on a date. It's expensive out here." More than anything though, Hannah "just want[s] it to be very relaxed" so that she can have fun.

In the video, the former Bachelorette admitted that she was nervous to start dating again because it hasn't exactly been successful for her in the past. "It doesn't have to be the best date ever, let's just hope it's just a good date, so I don't get [sad]," she said. "But this is good. Everyone should be excited about this. I'm excited about this ... kind of." (Hannah ultimately admitted that she "wasn't feeling it" with her date, but was still feeling positive about putting herself out there again.)

Ultimately, Hannah's nerves are understandable — especially considering her very public breakup with fiancé Jed Wyatt. In October 2019, she told Marie Clare that she was devastated when things didn't work out. "For a year, the only focus that I had was finding a spouse, and then I don't have one? I was just crushed," she said. As a result, she became determined not to settle. "It doesn't matter how lonely it might feel on a Saturday night by myself when I see my friends posting pictures with their husbands or out with the guy they're dating," she continued. "I don’t care. I would rather protect [my heart]."

After taking some time to focus on herself, the former Dancing With the Stars contestant revealed in May that she was finally ready to re-enter the dating game. "You know, I definitely want to be in a relationship. I think I'm finally getting to the point where I can say that I could do that at this point in my life," she explained during a Q&A session with fans on Instagram. "I think I needed a little break and I definitely took that."

Despite being ready to dip her feet back into the dating pool, Hannah's not interested in a casual relationship. "I'm gonna be single until it's right," she said at the time. "I don’t date around, really. You have to date people, but I date, like, seriously."

More like this
Everything To Remember About Lace Morris Before 'Bachelor In Paradise' Season 8
By Grace Wehniainen
Bachelorette Gabby Kissed Her New Fiancé On 'Dancing With The Stars'
By Jake Viswanath
Where Is Former Bachelor Host Chris Harrison Now & What Is His Net Worth?
By Hugh McIntyre
Here's Exactly When Rachel & Tino's Fight Happened After 'The Bachelorette'
By Grace Wehniainen
Get Even More From Bustle — Sign Up For The Newsletter