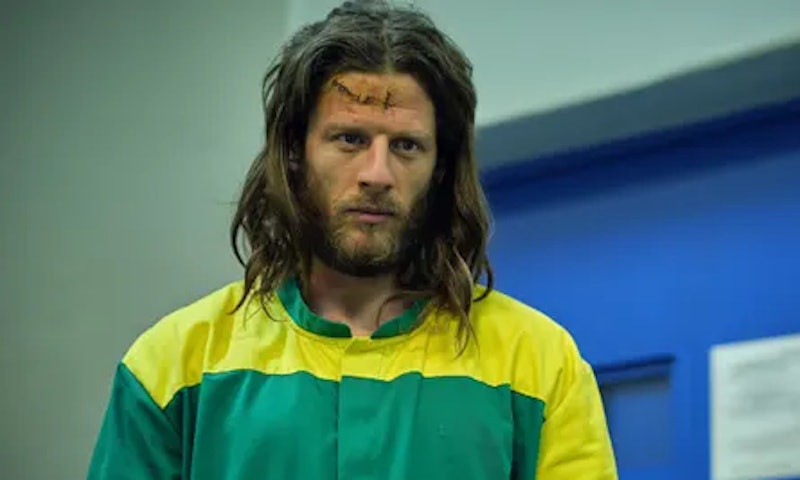 The hotly-anticipated final series of Happy Valley has got everyone talking, particularly following the latest revelation. After a seven-year hiatus, viewers were shocked to learn Ryan has been seeing his father, Tommy Lee Royce, in prison, unbeknownst to Catherine. Three episodes into Season 3, and exactly how he has been able to see his father in prison, is starting to unravel. This has caused fans to speculate over a dark theory involving one character and how they might be connected to the show’s villain.

In Episode 2, it’s revealed that Catherine’s sister Clare and her boyfriend Neil have been secretly taking Ryan to see Tommy in prison behind her back. Not only is this the ultimate betrayal, but there is a strict order in place for Tommy not to have any contact whatsoever with Ryan following the events of the last two seasons.

Viewers have often wondered if there’s something shady about Neil ever since he re-entered Clare’s life in Season 2. However, with all the information gathered so far, some fans have concluded that Neil may be more closely connected to Tommy than Catherine or Clare may realise. From the way Neil insists on being with Ryan when seeing his father to Neil obliging to Tommy’s commands, this behaviour has led some viewers to theorise that Neil is, in fact, Tommy’s father. Even the official Twitter handle for Happy Valley has gotten in on the action, bringing the theory to the attention of more viewers.

Seeing as Tommy’s dad is never mentioned in the series, it’s a solid theory. Even if this isn’t the case, another user has suggested that Neil may well be related to Tommy in some other way, like being an uncle or cousin. There’s also a chance he’s being blackmailed either by Tommy or the Kneževićs, otherwise known as the Halifax mafia. Whatever Neil’s endgame is, it will likely soon be discovered by Catherine.