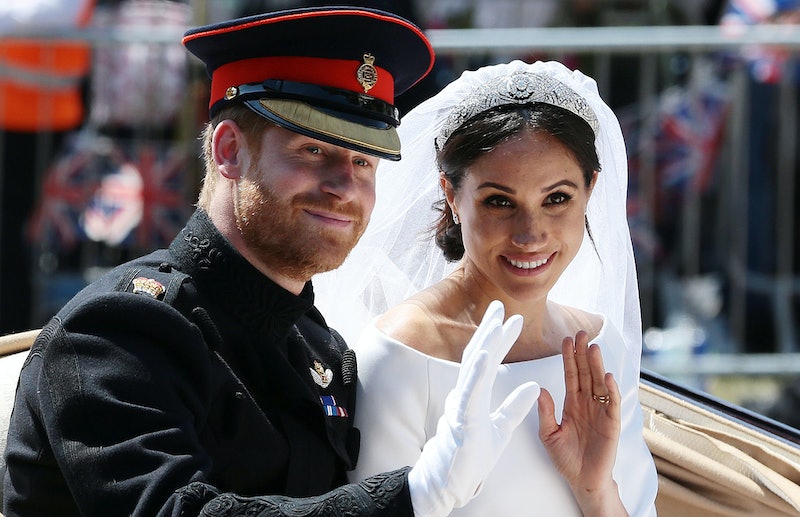 Three years ago the world watched as the Duke and Duchess of Sussex said “I do” in front of millions of spectators. Among the well-wishers at Windsor Castle were members of charities and organisations that the Royal couple have worked closely with. So it’s no surprise, then, that to mark their third wedding anniversary Meghan and Harry are building a disaster relief centre in India.

With an announcement on their Archewell website, Prince Harry and Meghan shared their plans for the relief centre, which will be build in partnership with the World Central Kitchen (WCK). With India ravaged by a devastating second wave of COVID-19, the couple stated that the centre will “provide relief and resilience as well as healing and strength” for those who use it.

Situated in Mumbai, the centre will be close to the HQ for Myna Mahila, an Indian NGO that focuses on women’s health and employment opportunities, which Meghan has supported for a number of years.

The centre is part of a long-term partnership between Archewell and WCK that will eventually see the development of four relief centres in parts of the world disproportionately affected by natural disasters. During future crises, each centre can be activated as an emergency response kitchen or vaccination site, but during calmer times, they can be used as schools, clinics, food distribution hubs or as part of community initiatives.

This will be the third relief centre opened by Archewell and WCK, following one that opened in the Caribbean island of Dominica at the start of the year and the construction of another facility in Puerto Rico already underway.

More like this
King Charles Ensured These Subtle Tributes Were Included In Queen Elizabeth’s Funeral Wreath
By Sophie McEvoy
Camilla Paid Tribute To The Queen In A Heartfelt Video Message
By El Hunt and Sam Ramsden
Will Archie & Lilibet Attend The Queen's Funeral?
By Sam Ramsden
The Royal Family Shared An Unseen Photo Of The Queen Doing What She Loved Most
By Sophie McEvoy
Get The Very Best Of Bustle/UK