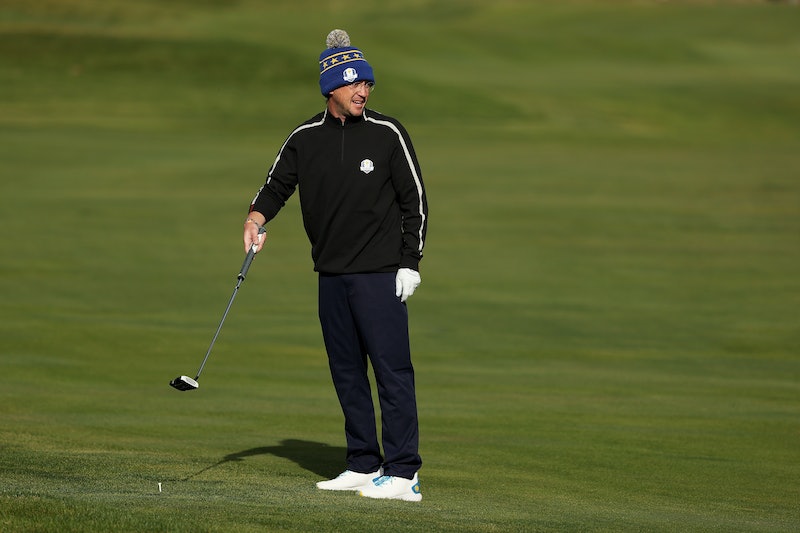 Harry Potter star Tom Felton has spoken out about his collapse at a celebrity golf match on Sept. 23.

“Feeling better by the day,” the star captioned an Instagram video on Sept. 27. “Bit of a scary episode really, but people have been taking really good care of me, so thank you very much to anyone who has sent messages to get well soon,” he said.

The actor then picked up his guitar to give his fans a little musical update on his condition. “In case you were worrying,” he sang, “Don’t worry ’cause Tom will be doing fine.”

Felton concluded the video by thanking everyone for their help, adding that he’s “on the road to recovery.”

Pictures from the golf match showed Felton conscious but looking unwell as he was removed from the course on a stretcher and laid out on the back of a cart before being driven away.

“In today’s Ryder Cup Celebrity Match, actor and musician Tom Felton experienced a medical incident on the course while participating for Europe,” the PGA of America said in a statement. “He was transported to a local hospital for treatment. No further details are available.”

Video footage from a spectator in the stands showed the audience cheering for Felton as he was driven away from the course.

An avid fan of golf, Felton has been seen in the past reuniting with former Harry Potter co-star James Phelps to play in friendly games.

This incident happened just a day after the actor’s birthday. On the day, he wrote on Instagram: “33 years done – good lord it’s been so much fun getting here – yet, somehow, I still feel the best is yet to come – thank you all for your love, support & sense of humour - let’s keep a good thing going - to the next 33 xx.”

More like this
Rita Ora Finally Opened Up About Marrying Taika Waititi & Their "Perfect" Wedding
By Sophie McEvoy and Catharina Cheung
Rupert Grint Just Shared A *Major* Update About Ron Weasley’s Future
By El Hunt
Harry Styles Just Split His Pants In Jennifer Aniston’s Face
By Sam Ramsden
This Is When Netflix Is Going To Start Charging You For Sharing Passwords
By Darshita Goyal
Get The Very Best Of Bustle/UK
Sign up for Bustle UK's twice-weekly newsletter, featuring the latest must-watch TV, moving personal stories, and expert advice on the hottest viral buys.

This article was originally published on Sep. 24, 2021