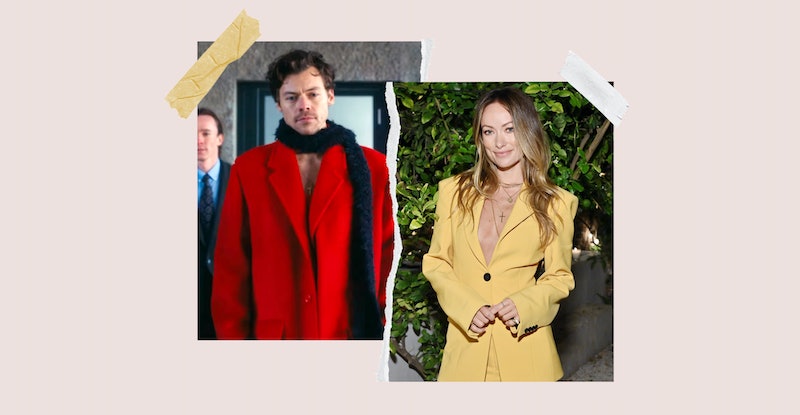 After leaving his mark on the Bridgerton season two soundtrack, Harry Styles has unveiled his new single “As It Was” — the lead song from his third studio album, “Harry’s House.” We can never fully know what’s going on inside an artist’s head as they compose their lyrics, but that doesn’t mean we won’t try. And fans have certainly entered detective-mode, with many speculating that Styles’ new song is about his girlfriend, actor and director Olivia Wilde.

The song starts off with a child’s voice saying, “Come on, Harry, we want to say goodnight to you.” The voice belongs to Styles’ five-year-old goddaughter, Ruby: the daughter of his close pal, British producer Ben Winston. Speaking on Capital Breakfast, Styles said: “It’s the voice of my goddaughter. She used to try and call me before bedtime every night.”

“One time, it didn’t ring or something, so she sent me that. I kind of dug it out at some point when we were in the studio and put it in front of the song for some reason, and I just fell in love with it.”

The Grammy winner’s previous songs have explored themes including love and sexuality, and this single takes us through a sombre journey of examining self-image and stardom. Lyrics like “When everything gets in the way,” and “You know it’s not the same as it was,” hint that his life has changed beyond recognition since being thrust into the limelight after finding fame.

In the music video, a world-weary Styles tries to run away, but his efforts are fruitless as he only runs around in circles.

There are also seemingly references to Styles’ relationship with House actress, Olivia Wilde. Fans have been all over the clues, with one person tweeting, that the song has “Olivia Wilde’s name written all over it”. In particular, the lyric, “Leave America, two kids follow her,” has caused a stir, as fans believe it refers to the American starlet’s two young children with her former partner, actor Jason Sudeikis.

Take a look at the full “As It Was” lyrics, below:

Come on, Harry, we wanna say goodnight to you

Gravity's holdin' me back

I want you to hold out the palm of your hand

Why don't we leave it at that?

When everything gets in the way

Seems you cannot be replaced

And I'm the one who will stay, oh-oh-oh

You know it's not the same

"Harry, you're no good alone

Why are you sitting at home on the floor?

What kind of pills are you on?"

And nobody's coming to help

Your daddy lives by himself

He just wants to know that you're well, oh-oh-oh

You know it's not the same

Go home, get ahead, light-speed internet

I don't wanna talk about the way that it was

I don't wanna talk about who's doin' it first