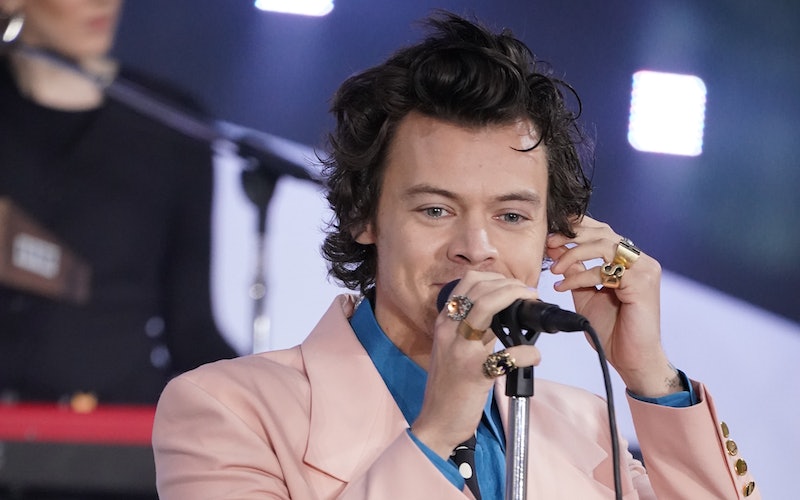 Cast your mind back to 2010. A newly-formed boyband known as One Direction are storming through the seventh series of ITV's The X Factor. Ten years later, 1D have become one of the most successful boybands of all time, and despite parting ways in 2017, the group's legacy lives on. Marking an important milestone with fans, Harry Styles celebrated One Direction's ten-year anniversary on Instagram, revealing the gratitude he feels towards the band which kick-started his career.

Posted alongside an emotional snap of Harry hugging his former bandmates Liam Payne, Louis Tomlinson, Zayn Malik, and Niall Horan, a caption shared by Styles read: "I’ve been struggling to put into words how grateful I am for everything that’s happened over the last ten years.

"’I've seen things and places that I’d only ever dreamt of when I was growing up. I’ve had the pleasure of meeting and working with some of the most incredible people, and gained friendships that I know I will treasure for the rest of my life," the singer added.

"None of this would be possible without the support you’ve given along the way. And for that, I will be forever thankful.I just can’t believe it’s been ten years. Thank you to our crew, our team, and everyone else who helped us along the way. To all the fans, I love you, and I thank you with all my heart. You did it all, and you changed everything.And finally.. to the boys, I love you so much, and I couldn’t be prouder of everything we achieved together. Here’s to ten. H."

Elsewhere, in separate social media statements, fellow bandmates Horan and Tomlinson reflected on the band's many "unbelievable" and "incredible memories," while Payne thanked fans for their support over the years, sharing a screenshot of a text message sent to his dad at the time the band were first formed back in 2010. Malik, who left the band in 2015, did not post anything.

Fans have an opportunity to commemorate the tenth anniversary of One Direction on the band's official website, which features an interactive archive of the band’s music videos, artwork, TV performances, and rare behind-the-scenes footage, NME reports.