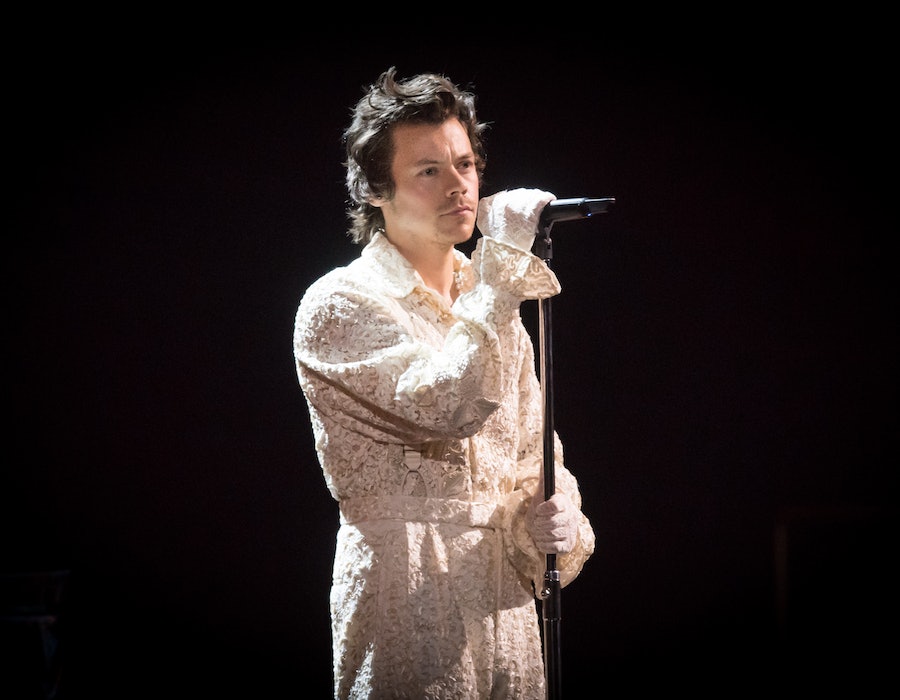 Prepare to have the best sleep of your life on July 8 when Harry Styles joins the mindfulness app Calm to read listeners a bedtime story. The app's official Twitter account revealed the news on Monday, July 6, which led to fans of the singer speculating about what he might read (Louis the Fish is the most popular choice). So far, Calm is keeping the details of Styles' Sleep Story under wraps, but whatever the "Watermelon Sugar" singer has planned will surely induce nothing but sweet, sweet dreams.

Styles' collaboration with Calm has been a long time coming. As shown in the video announcement, the app originally tweeted out the idea of the former One Direction member reading a "Sleep Story" back in August of 2018. "RT if you dream of @Harry_Styles reading a Sleep Story for @calm," the tweet read. It took a couple of years, but now Calm is proving that dreams really do come true.

What's most surprising is that it took two years for collaboration to happen, especially since Styles has been an advocate for the app since he became one of its earliest investors in June of 2018, per The Telegraph. For those who have yet to download the meditation and sleep-centric mental health app, it's goal is to help people "reduce stress, sleep better and handle anxiety," according to co-founder Michael Acton Smith. And those are goals that the 26-year-old pop singer shares with the app.

Styles is a vocal mental health advocate who has openly discussed how therapy has helped him in the past, and shared his experience with anxiety. In a November 2019 interview with Apple Music’s Beats 1 radio host Zane Lowe, the singer opened up about how going to therapy after initially resisting the idea had been beneficial to him — and even potentially to those around him. "It's been a thing where I've definitely felt it have an impact on my life, and something that I've kind of introduced some friends to, who were going through stuff," he said.

Calm isn't a substitute for therapy, but in these uncertain times the free meditation app (it also has a premium subscription option) offers a way for anyone with a smartphone to engage in some much deserved self-care. And, if Styles isn't your cup of tea, he's not the only celeb who have lent their voices to the Sleep Stories series. Matthew McConaughey, Eva Green, and Lucy Liu have all participated. But for fans of the former One Direction member, hearing Styles' velvety voice lull you to sleep is likely a dream that's too sweet to pass up.