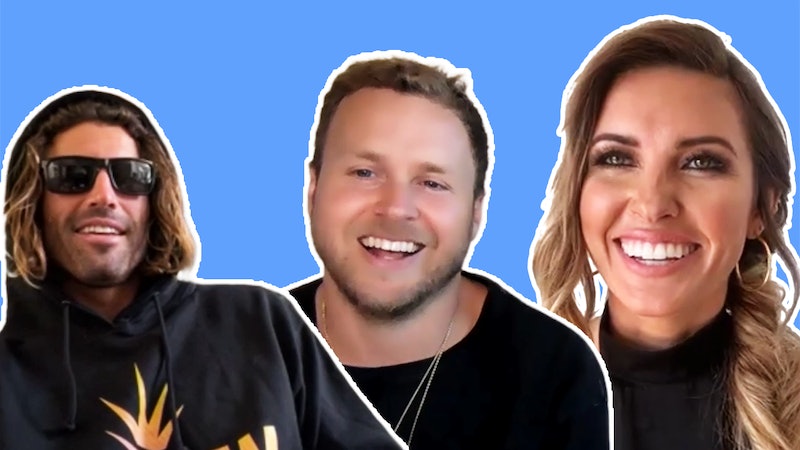 The Hills: New Beginnings is back for another season with most of the cast (No LC or Lo, but we’ve got glimpses of Kristin and Whitney!) that brought “reality” TV into our lives a decade ago. The trailer promises drama between Brody and Audrina, Brody and Kaitlynn, Brody and Kristin... or wait, did that one happen 10 years ago?

We sat down with the cast members, who look pretty much the same as we remember them — besides a couple of young newcomers and Brody, who has a very 2020 surfer mane. Of course some of them, like Jason Wahler, have made huge improvements in the past 10 years. And others, like Spencer Pratt, haven’t changed “since seventh grade.”

So we took our opportunity to directly ask the cast some burning questions in the form of our favorite celeb game, “Pop Quiz!” We asked if the show was more real now and how all the exes actually get along, and we tested to see how well they knew their fans’ opinions of them. Turns out the people who have been on television for over a decade are pretty aware of their public personas and also know exactly how to keep up appearances on camera. Luckily, their castmates have no problem exposing them for us.