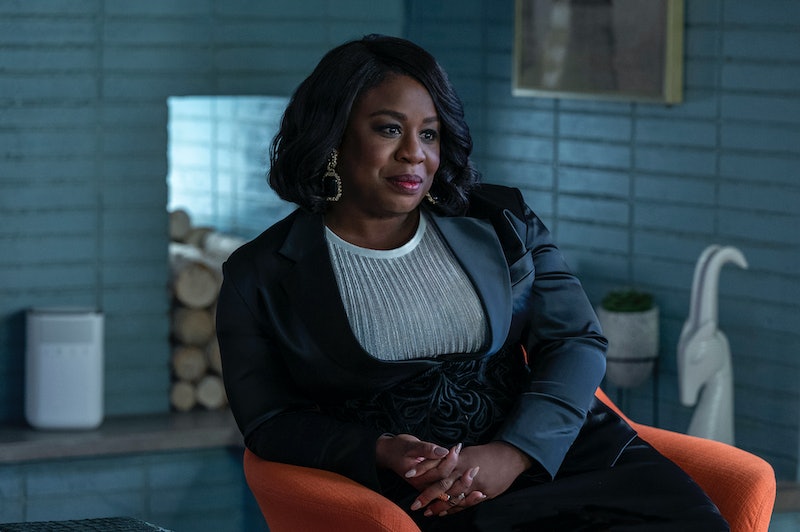 There’s a moment in HBO’s In Treatment where therapist Dr. Brooke Taylor realizes that her patient — a low-income Latino caretaker for a rich, white family — thinks therapy isn’t for him. “Therapy doesn’t have a target audience. Everyone can benefit,” she explains. But he just shakes his head. “Sure,” he says. “But all this talking about the past, psychic wounds and sh*t ... that was a locked box, and you unlocked it. Maybe if this was long-term and we could do this for years, then maybe. But Dr. Taylor, you and I both know the financial realities that bar that from being the case.”

Both the inaccessibility to and stigma surrounding therapy for communities of color are running themes in the show, which is billed as a fourth season but is really a reboot of the 2008 series of the same name. Whereas the original followed Dr. Paul Weston (Gabriel Byrne), a white psychologist who held one-on-one sessions while managing his own mental health, the new season unfolds through the perspective of Dr. Taylor, a Black therapist treating patients who are predominantly people of color from her home amid the coronavirus pandemic. For star Uzo Aduba, who plays Dr. Taylor, it was a personal role. Growing up with a mother who was a social worker, she always had an exposure to and understanding of therapy. But it wasn’t until after her mother’s death in 2020 that she began speaking more publicly about her mental health. “When this show came to me, I had a proximity to pain and loss,” Aduba tells Bustle. “I could see what losing track of your pain can look like and the many shapes that that can take on.”

Though Aduba says she never personally experienced any stigma while seeking treatment, she knows many people of color have. According to a 2018 report from the American Psychological Association, only 4% of therapists are Black, yet patients of color are more likely to feel comfortable with a provider of a similar background. This limits the access Black and other people of color have to therapists who will make them feel truly heard and understood, leading to organizations like Therapy for Black Girls and Therapy for Latinx that aim to connect marginalized communities with mental health professionals. “We have to remember first that before being a therapist, any therapist is a human being. How they have been brought up, how they move through the world, how their ears have been tuned, and their experiences with bias all filter into who they are,” Aduba says. “So if we're talking about a Black woman ... her ears are trained differently to hear what's being said.”

We see this in each of Brooke’s sessions, in which she patiently deconstructs each client’s narrative and tries to lead them to some catharsis. White parolee Colin (John Benjamin Hickey) is in denial about his responsibility for committing wire fraud. Laila (Quintessa Swindell) struggles with her identity as a queer Black teen. Caretaker Eladio (Anthony Ramos) grapples with feeling abandoned by his mother and angry at a society that has deemed him less valuable than his employers.

These patients are all a reflection of Brooke, who we find out is ignoring her own mental health needs. Grieving the recent death of her father after losing her mother in high school, Brooke avoids her therapist, dodges calls about picking up her dad’s remains, and hangs out with an ex who seems to undermine her sobriety. “When I read the script, it felt like ‘Brooke Fractured.’ It felt like [co-showrunners Jennifer Schuur and Joshua Allen] had broken up aspects of [Brooke] into all of these characters,” Aduba says. Eladio represents her own feelings of abandonment after losing both parents and Laila symbolizes her struggle to define who she is now, while Colin exemplifies her denial that she needs help at all. This mirrors the stigma around therapy that Black women often face. “Brooke has no problem confronting others, but has every challenge with confront[ing] herself,” Aduba explains.

Though Brooke treats three separate patients, Aduba says the show is ultimately about Brooke understanding when she needs to step back and focus on herself. We’re meeting Colin, Laila, and Eladio after they’ve decided to see a therapist; they are all quite literally “in treatment.” But Brooke is meant to show “what it looks like to be out of treatment,” and how to go about fixing that. “Brooke is moving towards a decision,” Aduba says. “She will have to decide if she wants help or not.”