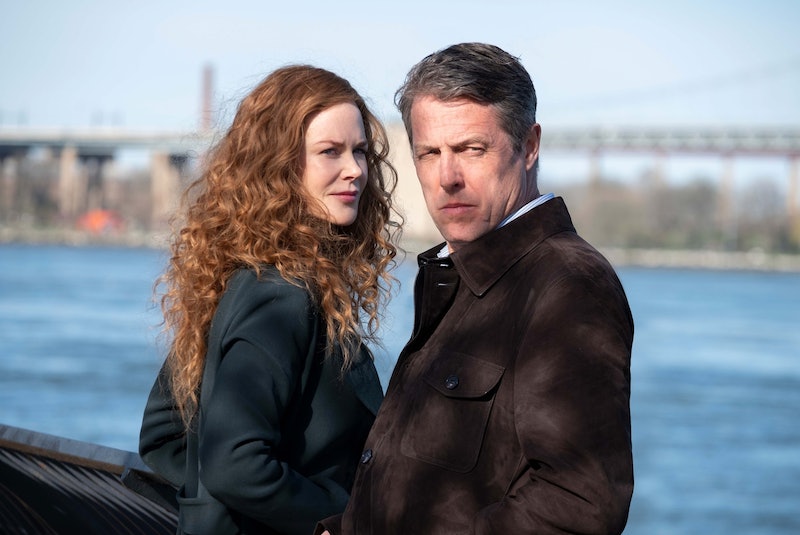 Early on in the first episode of HBO’s new drama The Undoing, Grace (Nicole Kidman) admonishes one of her therapy clients for confusing expectation with reality. “I’m just saying there’s a particular type of person that you want to be with, and maybe you’re a little too quick to see that person in the men that you meet, instead of seeing what’s actually there,” she says.

This ethos of perception is at the heart of the show, which follows Grace and her husband Jonathan’s (Hugh Grant) lives among the New York elite. It’s laced into the way another mom at the expensive private school their son attends says someone is a “scholarship” student. It’s in how other parents envy Jonathan and Grace’s money, careers, and relationship. And it’s certainly a major part of the scrutiny Grace suffers when she finds herself at the center of a murder case that threatens to shake the very foundation of her life. The entire show is lit with mostly stark, natural light, making it feel like a reminder that secrets only stay in the shadows for so long and sunlight is the best disinfectant. Grace may seem like she has it all — the job, the husband, the wealth — but The Undoing’s first episode reveals she’s been living atop a helluva house of cards.

The same can be said for the series as a whole. At every turn, The Undoing is interested in being perceived as Prestige Television: it has the A-list cast, the high production value, the Reddit-perfect murder-mystery. But whereas Big Little Lies, The Undoing creator David E. Kelly's first show for HBO, used themes of class to both illuminate and inform the plot, The Undoing wants to be seen as capital-I Important without actually saying anything of importance. As Grace navigates arranging an auction fundraiser for her son’s school, sifting through "smaller" items like trips to the Hamptons, we do get something of a study of privilege. The show at times seems to understand how out of touch Grace and her friends are with the rest of the world. In one of the pilot's few self-aware lines, Grace's friend bemoans that another mom in their group has leisure time: “You live in New York! It’s a crime not to be frantically busy!” But ultimately, The Undoing is much less interested in commenting on the characters' wealth than mining it for plot. Like Grace’s client, it's only concerned with the surface image.

If all the show is interested in is being perceived as a pulpy mystery, it achieves that goal: there are a number of questions left unanswered by the end of the first episode. But as the series progresses, the turns feel increasingly unearned and underwritten. The Undoing will no doubt provide a twisty distraction to those looking to kill a few Sunday nights during the middle of a pandemic. But like the seemingly perfect lives of its characters, it doesn’t hold up under scrutiny.