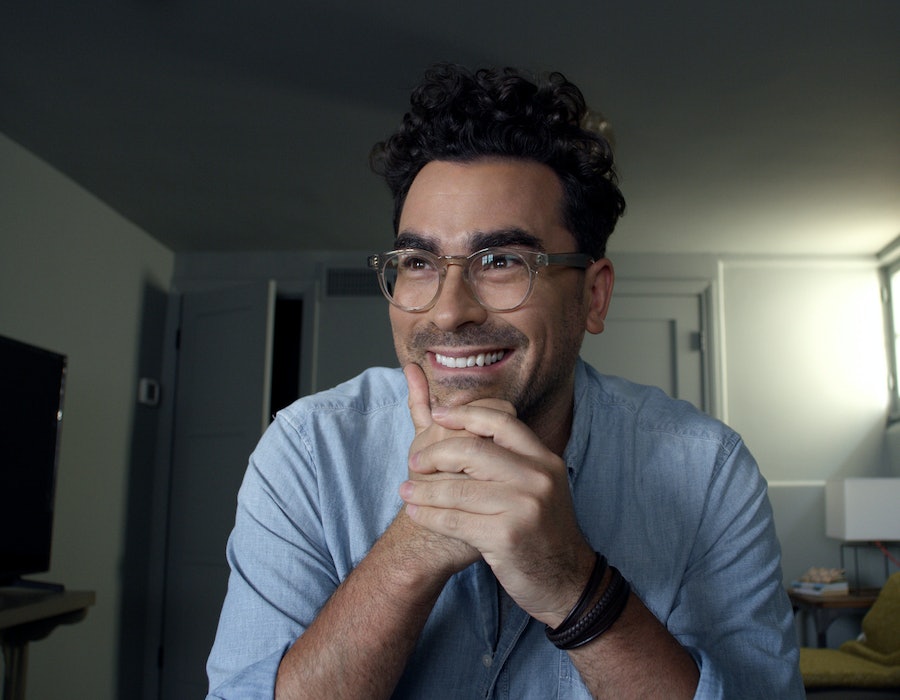 Follow Sarah Paulson's advice and "take a deep, healing breath" while you watch the trailer for HBO's Coastal Elites, a socially distanced satire for these strange times. Directed by Jay Roach, HBO's 90-minute quarantine-inspired comedy special is set to premiere Sep. 12 at 8:00 p.m. EST on HBO. The full-length trailer introduces viewers to five different people navigating politics and the pandemic while also trying to stay sane — and the best part is that they're all played by familiar faces.

In addition to Paulson, the special stars Issa Rae, Bette Midler, Dan Levy, and Kaitlyn Dever. All of the characters either reside in New York City or Los Angeles, and are struggling to deal with the national crises that 2020 keeps throwing at them. Paulson plays Clarissa Montgomery, a YouTuber filming a meditation series; Rae is philanthropist Callie Josephson, who is connected to the people at the highest level of the government; Dever stars as Sharynn Tarrows, a nurse from Wyoming volunteering in New York at the height of the pandemic; Levy is stressed out actor Mark Hesterman, who is having a session with his therapist, and Midler plays Miriam Nessler, a teacher who ends up in police custody after an encounter with a MAGA hat-wearing tourist.

While all of the characters have a moment to shine in the trailer, Midler's fed up teacher Miriam's sheer exhaustion with the world is truly a mood. "Sometimes I shake my copy of The New York Times, and scream at it, 'How could you let this happen?'" she shouts at one point.

Coastal Elites was originally written with the Public Theater in New York in mind, but the pandemic led writer Paul Rudnick in a new direction. "What I found was so right for this was that it provides an intimacy with these characters," he told Deadline. "I started writing Coastal Elites over a year ago, when I realized everyone I knew was angry and heartbroken and concerned about the future of our country and I was trying to figure a way into that material. These were people who demanded to be heard."

The special was shot under strict COVID-19 filming guidelines, which proved to be an unusual experience for the actors. Speaking with Deadline, Paulson shared that it was a bit "frightening" and "complicated" to have seven people filming in her backyard, but the end result is a production that's unique to this moment in time.

As Levy's character says in the clip, "The entire world just feels so absurd." But at least Coastal Elites is offering viewers a way to process the absurdity together.