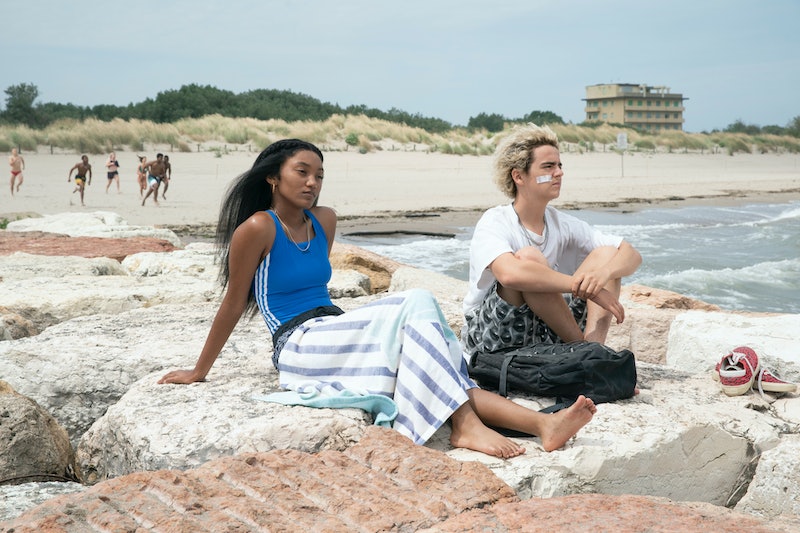 The ongoing coronavirus pandemic delayed Season 2 of HBO's breakout hit Euphoria, but HBO has another raw teen drama on the way. On Monday, July 27, HBO released the first trailer for We Are Who We Are from Call Me by Your Name director Luca Guadagnino. And while it doesn't look as stylistically bold as Euphoria, it's easy to imagine Rue being friends with the show's main duo, Fraser (Jack Dylan Grazer) and Caitlin (Jordan Kristine Seamón).

Set on a U.S. Army base in Italy, the eight-episode series follows Fraser and Caitlin's coming of age during the 2016 U.S. presidential election. At 14, they feel as if they don't fit in with their peers, and their rebellious, outsider personalities find comfort in one another. It might not sound like Euphoria, but HBO's official description sure does. According to the network, We Are Who We Are will explore "friendship, first love, identity, and immerses the audience in all the messy exhilaration and anguish of being a teenager — a story which could happen anywhere in the world, but in this case, happens in this little slice of America in Italy."

Much like the teens in Euphoria, Fraser, Caitlin, and their friends are struggling to find their place in the world, and are often finding themselves at odds with their parents in the process. In the trailer, Fraser says, "There's a revolution going on inside of you." Meanwhile, during a discussion about their son, one of his moms (Chloë Sevigny) laments, "It's exhausting trying to be his mother and his father all at the same time."

We Are Who We Are is set to explore the lives of modern American teens in all of their complexities, fears, and curiosities. Guadagnino specifically chose to focus on 14-year-olds, because he remembered feeling the frustrations that come from being a young teen yearning to define yourself while still being in need of so much parental guidance. "I love this age, because you have grand ambitions and at the same time you have no means to fulfill those ambitions," he explained. "You have only curiosity, only craving, only the capacity for experimentation. Every day seems to be a fight between life and death. That’s something beautiful about that age."

Euphoria's Rue might be a little older than Fraser and Caitlin, but the fight between life and death is definitely one she could understand.