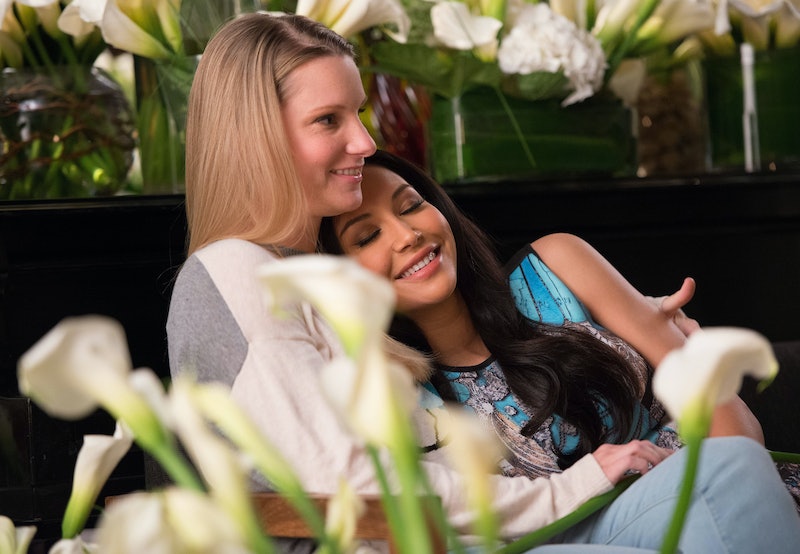 Everyone copes with grief in their own way, and in the case of Heather Morris, she's opting to share her process with the world. During an Instagram Live video on Sunday, Aug. 9, Morris revealed how she's coping with Naya Rivera's death and how much all of the fan support has meant to her throughout these last several weeks. Rivera drowned on July 8 while taking her young son, Josey, on a boating outing on Lake Piru, and since then Morris has been paying tribute to her co-star and friend on social media.

“I want to thank all the fans for your love and support, and want you to know that we are all here with you, that grief looks different on everybody, and I want you to be gentle and kind to yourself during this time,” Morris stated in the emotional video. She went on to explain what's helped her the most while attempting to get through this heartbreaking time in her life: keeping her connection to Rivera alive. “Something that’s helped me is to write a letter or talk to her and so I hope that helps," she continued. "But I really just wanted to connect to you guys and tell you how much I love and appreciate all of you. That’s it … that’s all I’ve got besides my tears.”

Apart from expressing her own sorrow on the matter, the Glee star took some time in the video to address that she knows how important Brittany and Santana's storyline was for so many people and that both she and Rivera were always appreciative and proud to represent such a pivotal LGBTQ romance on television.

“Most of you felt like it was your gateway into your current life,” Morris stated. “Most of you felt like it was an inspiration to become your best self, and I want you to know that was never lost on me. It was never lost on Naya. We both knew how special that was." It's also part of the reason why she felt such a strong desire to reach out to fans at this time, knowing that Rivera's pointless and tragic death has most likely felt just as devastating for all of them. “I felt a really deep need to connect to all of you right now,” Morris tearfully added. “Because I just know how important our relationship was to you all and I know a lot of you feel very lost and very far away from what happened, maybe a little bit confused and that’s completely normal.”

There's no way to bring Rivera back, but Morris is clearly doing whatever she can to keep her memory alive, both for herself as well as for fans.