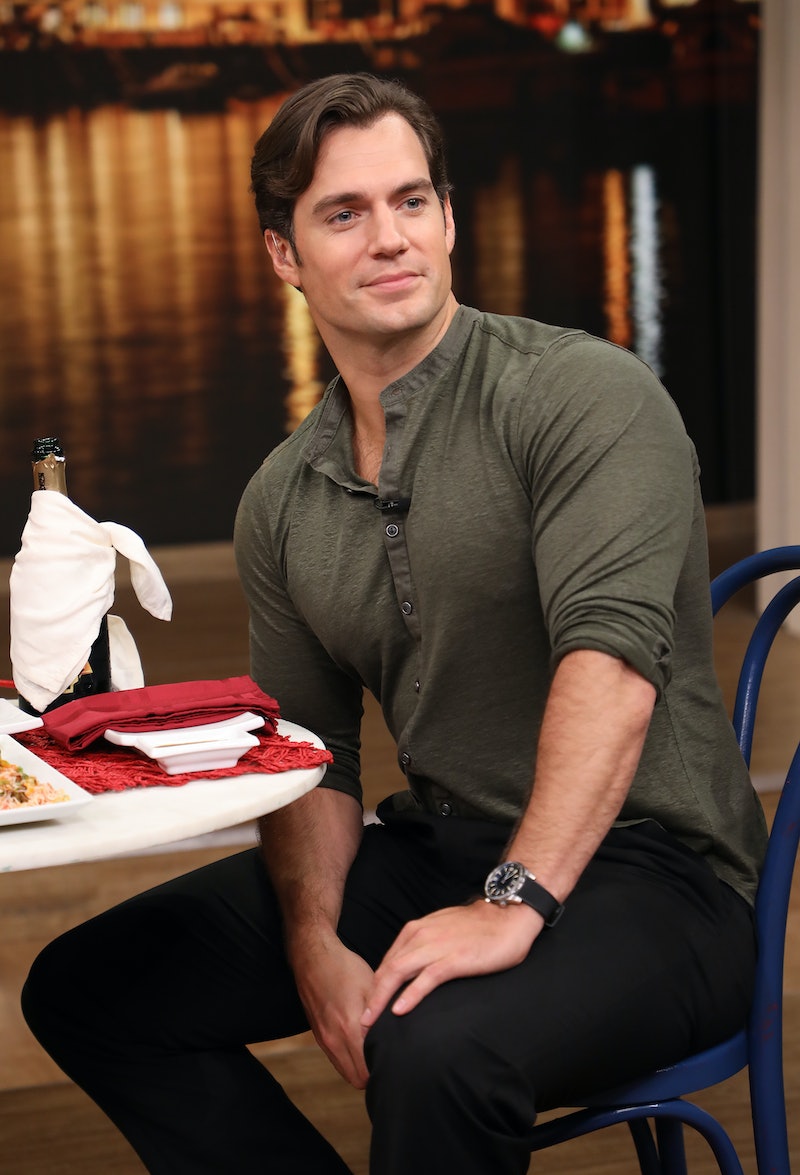 Henry Cavill is setting boundaries. The Justice League just addressed the intense criticism that he and his current girlfriend, Natalie Viscuso, have received since announcing their relationship in April. “I couldn’t help but notice that there has been some social animosity of late,” the actor wrote alongside a selfie of the pair on Instagram on May 16. “It’s becoming increasingly prevalent on my feed. There has been lots of, let’s call it speculation for now, about my private life and professional partnerships.” And although he “appreciates the passion,” Cavill said the scrutiny has gone too far.

“It has come to such a point that I needed to say something, which in itself, is a bad thing,” the 38-year-old Man of Steel star continued. He went on to explain that, in the age of social media, people should be more kind, considerate, and supportive of others — especially when it comes to what they say online. “To you out there who are expressing your disdain and showing your displeasure through a surprising variety of ways, it’s time to stop,” he wrote.

While Cavill knows that people like to gossip, particularly about celebrities, he acknowledged that people’s unwanted opinions are causing real problems. “Your ‘passion’ is misplaced, and it causes harm to the people I care about most,” he added. “Even your most conservative of negative assumptions about both my personal and professional life just aren’t true. Let’s embrace this age of social enlightenment together, and move forward with positivity.”

The movie star closed out his letter by reassuring his fans that he’s doing well despite the hateful comments that he and Viscuso have received over the course of the last month. “I am very happy in love, and in life,” he wrote. “I’d be enormously grateful if you were happy with me. If you can’t bring yourself to be happy with me, then at the very least try to do yourself proud and be the best version of yourself.”

Cavill’s statement marks the first time he’s addressed his relationship since announcing that he and Viscuso were an item on April 10. “This is me looking quietly confident shortly before my beautiful and brilliant love Natalie, destroys me at chess,” Cavill wrote at the time alongside a photo of him and his new girlfriend playing chess. Viscuso shared the same photo on her Instagram as well. “Just teaching my dear Henry how to play some chess,” she wrote. “Or...maybe he let me win?”

Immediately after the announcement, fans took to the comments to congratulate Cavill on finding love. Some, however, expressed disappointment that the DC superhero is no longer single. “Please tell me this is for a movie,” someone commented alongside a crying emoji. “I’M HAPPY BUT SUFFERING,” another person wrote. Despite the criticism, the couple appears to be very happy together. And if we’re being honest, judgment from outsiders when you’re dating someone like Cavill isn’t unheard of — just ask Kaley Cuoco.

The Big Bang Theory star reportedly dated Cavill for 10 days in 2013, and she later opened up to Cosmopolitan about the overwhelming experience. “I had no one following me until I met Superman,” she told the magazine in 2014. “I’ve been in this business for 20 years, and my whole life, I could go anywhere, do anything. There has not been one paparazzi photo of me until like seven months ago. The recognition has been crazy.”

More like this
Who Is Nick Cannon Dating & How Many Kids Does He Have?
By Jordyn Tilchen and Radhika Menon
Justin & Hailey Bieber’s Relationship Is “Unbreakable” After Their Two Health Scares
By Bustle Editors
Gigi Hadid’s Dad Shared What He Knows About Those Leonardo DiCaprio Rumors
By Brad Witter
Sydney Sweeney Is Engaged To Her Low-Key Businessman Beau
By Jack Irvin and Jake Viswanath
Get Even More From Bustle — Sign Up For The Newsletter