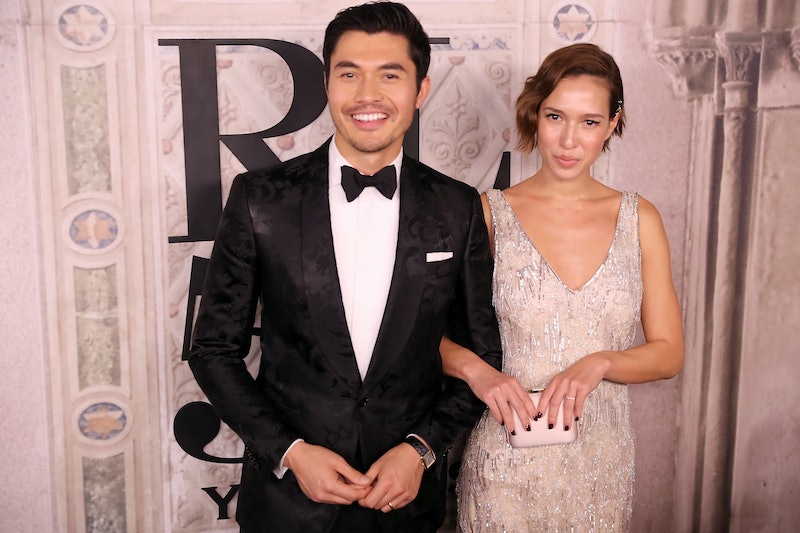 Nick Young is crazy rich, Asian, and now a father. Henry Golding has welcomed his first child with wife Liv Lo, as the couple announced early on Tuesday, April 6. The Crazy Rich Asians star revealed the news on Instagram, sharing a snapshot of him and Lo staring at their new addition while lying in the hospital bed. "This woman right here. Beyond anything I could have ever imagined,” he wrote about his wife. “Your strength brought us our greatest joy. Thank you, I love you.”

The couple did not share their baby’s name or sex, but Lo did reveal that the child was born on March 31, posting a slideshow of photos from the birth on Instagram. "On March 31st our lives changed forever,” she wrote. “Link in bio of leaving Instagram for #maternityleave (for the time being). I’ll prob be up during midnight breastfeeds checking in on you, but otherwise ‘I’ll be back’ xx.” Golding commented on his wife’s post, writing, “Love you Mama Bear.” Now, a baby is necessary for the upcoming Crazy Rich Asians sequel.

Lo announced she was pregnant in November 2020, sharing a photo of Golding pointing to her visible baby bump on Instagram. "Such immense joy this little one has brought us already,” she wrote. “Now we get to share it with you. We love you!” Golding shared the announcement on his own page, saying that “2021 is already looking brighter.”

Golding and Lo, who works as a yoga guru and fitness instructor, first met at a New Year’s Day party in 2011 and dated for five years before tying the knot in Malaysia in August 2016. In a 2019 interview with PEOPLE, Golding gave more details about the first time they met, saying it was special — but not love at first sight. “There's always a little bit of magic when you first meet a person, but it doesn't occur to you,” he said. “It's not like, ‘Oh my God, that's a person I'm going to marry.’ It's when you get to know somebody, when you build a relationship, that you become a team. That’s when you start realizing, this is the love of my life.”