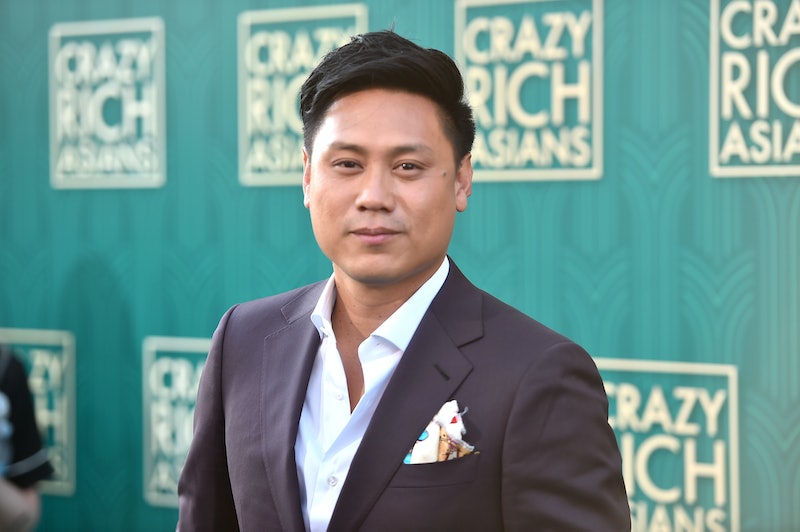 The film industry is in the thick of awards season, but Crazy Rich Asians director Jon M. Chu is already looking to the future. In an interview with Deadline, Chu dished on his plans for the Crazy Rich Asians sequel, China Rich Girlfriend, and fans of the book might be in for a bit of a surprise.

The sequel was announced just one week after Crazy Rich Asians hit theaters and will be based on the second book in Kevin Kwan's trilogy. However, after reading this new interview, it's clear that China Rich Girlfriend might not follow the book to the letter. The book has a heavy focus on Nick's cousin Astrid (Gemma Chan) reconnecting with her ex Charlie (Harry Shum Jr.) — something that was hinted at briefly at the end of Crazy Rich Asians. But the movie might not rely so heavily on one plot line. "I think it won't just be China Rich Girlfriend," Chu told Deadline. "I think there are things that we left out of Crazy Rich Asians that we would love to explore as well. We have such a deep bench of characters ... and I didn't get to use a lot of them in Crazy Rich Asians."

Considering that Chu told Deadline that he felt like "Nick Fury collecting the Asian Avengers" when it came to casting Crazy Rich Asians, it's no wonder he'd want to utilize more of his supporting cast in a sequel. Plus, the numbers show that these characters are beloved by audiences too. Crazy Rich Asians, which was nominated for two Golden Globes and is up for Outstanding Cast at the Screen Actors Guild Awards, was a blockbuster hit. According to Box Office Mojo, it has earned nearly $175 million in the U.S. alone and Huffington Post reported it is the highest grossing rom-com in a decade. As Chu discussed with Deadline, the film also has major cultural significance as the first Hollywood film in 25 years to feature an all-Asian cast.

In the sequel, Chu clearly wants to explore Astrid and Charlie's relationship, as well as the continuation of Rachel (Constance Wu) and Nick (Henry Golding). But he also expressed a desire to dive a bit deeper on more of those side characters, including Eddie (Ronny Chieng), Bernard (Jimmy O. Yang), and even the family of Peik Lin (Awkwafina). "I really am focused on having the ability to play to everyone's strengths now and really lean into them. So, we'll see," Chu said.

But beyond the cast of characters, Chu wants China Rich Girlfriend to continue the legacy of CRA and be more than laughs and romance. "Of course, it's going to be fun and insane, but at the same time we want to find a real message to say, that it's not just fodder," Chu said. "Our movie was never just a romantic comedy, it was never, ever about her getting the man, it was about something bigger." He continued:

"It was about self-worth and what we thought of ourselves. Not just Rachel Chu, but we as people, as Americans, as Asian Americans, wherever you are, what is our worth to ourselves, to our parents, to our family, to our friends, to our lovers. That's where we start, at least when I start a movie, I start there. What do we want to say and what are we trying to do? That message is going to be the powerful thing, and that's what we're exploring right now."

Chu clearly understands the importance of representation and how that can inform a person's self-worth. And through his many upcoming projects, including the Crazy Rich Asians sequel and the film adaptation of In The Heights, he'll be able to continue that conversation and give viewers a chance to see people like themselves onscreen.

More like this
Your Guide To Watching 'Everything Everywhere All At Once' In The UK
By El Hunt and Sophie McEvoy
Kukulkan From 'Wakanda Forever' Has A Surprising Connection To Marvel History
By Grace Wehniainen
Reese Witherspoon Confirms This Fan Favorite Will Return For 'Legally Blonde 3'
By Jake Viswanath
Vanessa Hudgens Is Reportedly Engaged To Cole Tucker
By Jake Viswanath
Get Even More From Bustle — Sign Up For The Newsletter
From hair trends to relationship advice, our daily newsletter has everything you need to sound like a person who’s on TikTok, even if you aren’t.