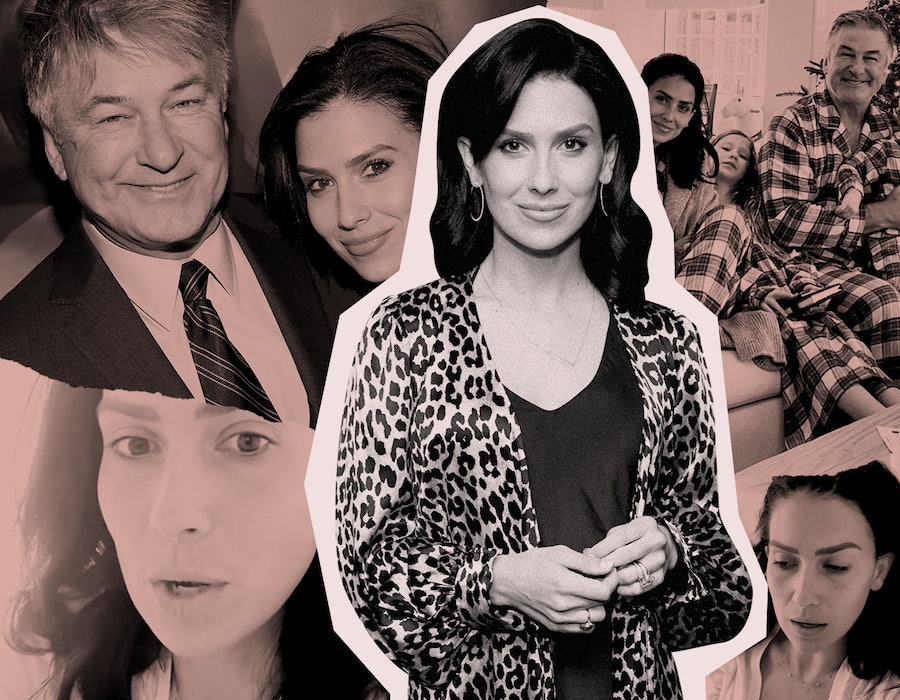 The most wonderful thing happened on the internet last week. Something so good and pure and wholesome it puts “puppies learning to walk for the first time while drinking beer while their wounded war veteran owners return home” to shame. During the coldest, darkest, shortest days of the year, I couldn’t stop giggling. It was all I could talk about for three days straight. It subsumed my personality in a single swallow and left me certain that 2021 would be a year of magic and joy.

I am speaking, of course, about Hilaria Baldwin pretending to be from Spain.

If you haven’t been on Twitter (oh, were you spending Christmas with your family and not on your phone for some reason?), here is the basic gist (I am so excited to be typing this, I’m basically vibrating): On Dec. 21, the (now-private) Twitter user @Lenibriscoe tweeted, “You have to admire Hilaria Baldwin’s commitment to her decade long grift where she impersonates a Spanish person.” The tweeter — the Hercule Poirot of our times — continued the Twitter thread with examples and evidence, including the most culturally relevant video clip since the Zapruder film: a video of Hilaria pretending not to know remember the English word “cucumber.”

Because contrary to what had been heavily implied by continual references (by her and her husband, actor Alec Baldwin) to her as “Spanish,” and what it had said in her CAA bio, Hilaria was not born in Spain. Nor did she, as she implied in this interview, move to the United States when she was 19 to attend NYU. Hilaria was born in Boston, as Hillary Hayward-Thomas. She attended The Cambridge School of Weston in Massachusetts. Hilaria’s mom, Dr. Kathryn Hayward, was an associate physician at Mass General Hospital and an assistant professor at Harvard Medical School; her dad is a lawyer. Both sides of her family have been in Boston for generations, and on her father’s side, before the Revolutionary War. Her parents retired to Mallorca in Spain when Hilary — sorry, Hilaria — was 27.

And again, despite this, Baldwin built an entire media persona based on her "exotic" Spanish heritage. She spoke in an accent — sometimes — and did tons of interviews for Spanish-language and Latinx-focused publications. It was her angle in the incredibly competitive field of trying to be a famous person in your own right if you’re hot and married to a famous person. It was her brand, and Hilaria committed.

It’s a real-life version of the kid from study abroad over-pronouncing “Barthelona” or Emily in Paris donning a beret.

Every new detail of the story delighted me more and more. She and Alec said “sí” at their wedding! She claimed that her family didn’t know how to pronounce her new husband’s last name. Hilaria! Your family was born and raised in Boston! Alec Baldwin was famous already! They had to have known how to say Baldwin! And I mentioned the “how you say in English... cucumber” story, right?

As the story received more and more attention, Hilaria and Alec both went into media spin-control mode. In a “just to clarify everything” front-facing video, Hilaria walked the carefully worded tightrope of claiming she had always told the truth — technically. “Yes, I am a white girl. I am a white girl,” the yoga teacher said. “Let's be very clear that Europe has a lot of white people in there and my family is white.” It was a master class in spin: No one was mad at Hilaria because we thought she was pretending to be anything other than white. No one was mad at all! We all just collectively thought it was hilarious that an adult woman had taken on a European affectation to be more interesting.

Her interview with The New York Times was an even more precarious PR dance, in which Hilaria attempted to get us to believe that when she said she had family in Spain, she was actually referring to people she was so close to they “felt” like family. When she said she was going “home” to Spain, it was because her parents lived there, and if her parents lived in China, she would have said she was going “home” to China.

I think I speak for the entire internet when I say our collective reaction was... Sure, Jan.

I want more Hilaria! Everything Hilaria! I want to hear her pretend to forget the English word for every single vegetable that’s ever existed.

In short, she did little to dispel the communal delight at her comeuppance. The story was already so visceral and obvious that no amount of intellectualizing spin could undo it. We all got it instinctually: Hilaria spoke Spanish, she had visited Spain a lot as a kid, her parents liked it and retired there, and so Hilaria took on the persona of being Spanish as a way to make herself more interesting.

It’s a real-life version of the kid from study abroad over-pronouncing “Barthelona” or Emily in Paris donning a beret. That's why the story is so funny, because it’s an impulse everyone sort of has in an embarrassing little way, but Hilaria was the one who actually ran with it. (It’s even a joke in the high school-set musical Be More Chill, in which one character moans of a frenemy, “She’s not French, she just pretends to be for attention.”)

Some people, Hilaria and Alec included, have tried to frame what’s happening as part of the larger social movement of “cancel culture.” They could not be further from the truth. Hilaria Baldwin does absolutely nothing, and no one is trying to cancel it. What, are we going to boycott her yoga classes? Remove her 2016 health and wellness book from our nation’s English curriculums?

For me at least, it’s literally the opposite. I want more Hilaria! Everything Hilaria! I want to hear her pretend to forget the English word for every single vegetable that’s ever existed.

Before this moment, I had absolutely no relationship with Hilaria Baldwin as a public person. Once, I saw her and Alec full-on making out like teenagers in front of the Barnes and Noble in Union Square, but other than that, she had zero impact in my life. Thanks to her Spanish-identity saga, she has brought me more joy than I can express.

I know there can, and should, be a longer discussion about someone — particularly a thin, pretty, white woman — adopting the persona of an immigrant in order to get attention, and taking up space from actual Latinx people in the pages of Spanish-language magazines. But for me, as a white woman, I’ll say my place is just to thank Hilaria for the collective dopamine rush of schadenfreude the entire internet was able to experience during a dark time when we all needed it. From the bottom of my heart, Hilaria, gracias.