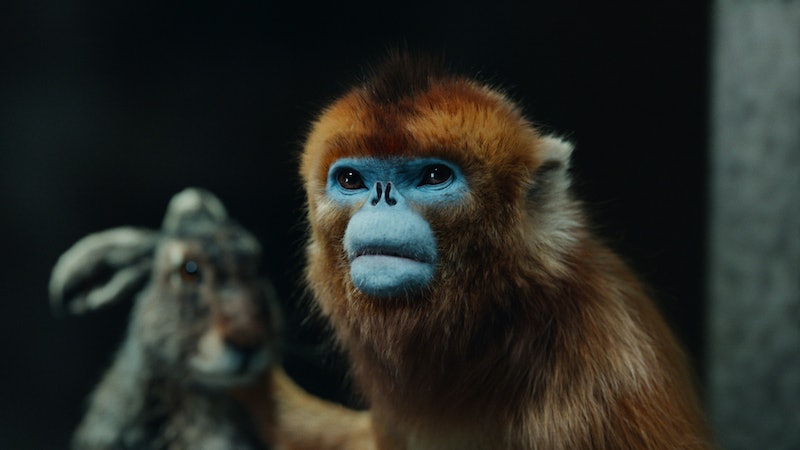 Series 2 of His Dark Materials has proved to be just as magical as Philip Pullman’s book and one of the most enchanting aspects of the story are the daemons. Animal manifestations of the characters, they’re there to protect and comfort. So, when fans had to watch Mrs Coulter mistreat her daemon in the episode on Dec. 6 they had a lot of feelings. The beautiful but sneaky golden monkey is a walking representation of Mrs Coulter’s inner self. At best she’s tolerated him throughout the series but their relationship has turned particularly sour and fans want to know why.

As viewers watched the golden money be locked away before having to face Lyra’s daemon Pan in a battle they felt conflicted. The golden monkey has been as evil as the human he represents but one viewer wrote on Twitter, “damnit, just hug the monkey! The detachment Mrs Coulter has from her soul is so starkly shown in this adaptation. Not just stretched (which doesn’t seem to harm the witches), but emotionally disconnected. With her backstory, it’s painting a terrible picture.”

Others couldn’t help but feel sympathy for the golden monkey. “The monkey crying actually made me well up. Marisa , why do you have to be so cruel to yourself” another said. Pan’s fight with Mrs Coulter’s daemon was a difficult watch and proved almost too much for some. One viewer wrote, “Mrs Coulter's unnamed golden monkey (gibbon) stole our hearts this episode."

But there was some light relief in the episode. After seeing the golden monkey be strapped into a car one viewer tweeted, "Me reading the book: Aaarrgghh I hate that evil golden monkey! Me watching tonight's episode: all is forgiven. Between the seatbelt and Mrs Coulter leaving him behind - bless his little vulnerable heart #HisDarkMaterials."

Episode five told the backstory of Mrs Coulter (played by Ruth Wilson) and like any origin story for an evil character it humanised her a little bit. Fans had noticed that the golden monkey had never been shown any affection and the Radio Times said this may signify, “some of the inner conflict Mrs Coulter herself is feeling – remember, the daemon is merely an extension of her own self, so any anger expressed towards it is basically anger at herself.” Similarly, the golden money doesn’t speak and in an interview with Entertainment Weekly Wilson said that this was Mrs Coulter “silencing herself in some way.” There's certainly more to Mrs Coulter and the golden monkey than meets the eye.