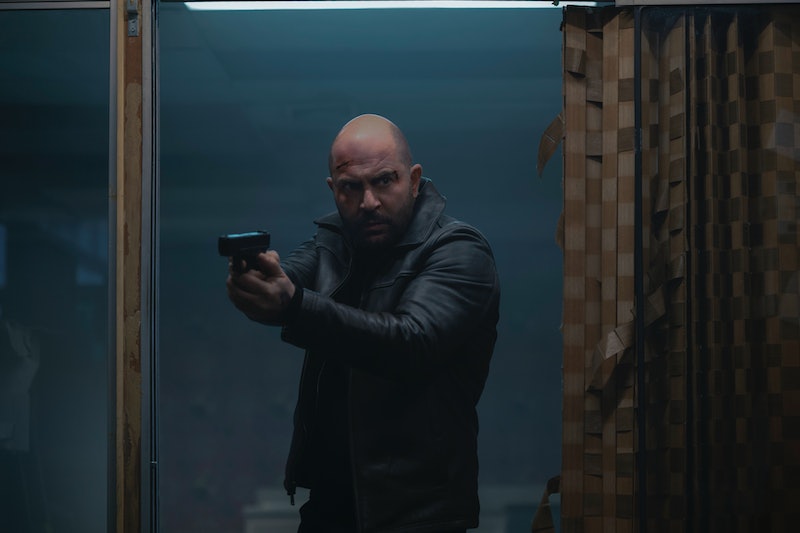 Netflix’s new thriller Hit & Run stars Israeli actor Lior Raz as Segev, a man whose life falls apart in the aftermath of his wife’s death, caused by — you guessed it — a hit and run accident. Segev comes to America for her memorial, but finds himself applying the same “very particular set of skills” Liam Neeson used in Taken when he begins to suspect vehicular manslaughter isn’t the whole story. Did his wife die because of some secret in her past? Was she murdered because of some secret in his own past?

Unlike the hit series Fauda — which comes from the same creators — Hit & Run isn’t based on a true story. Whereas Raz and co-creator Avi Issacharoff drew on their experiences serving in the Israeli Defense Forces for Fauda, the genesis for their new show was more hypothetical. “We were playing with the idea of loss and trust and what happens to people when their world collapses around them,” Raz recently told Forbes.

Which isn’t to say Hit & Run is entirely fictional. Both men drew on their experiences with grief, including Issacharoff’s loss of his father and the death of Raz’s girlfriend as a young man.

The show has yet to be renewed for a second season, but if it’s as popular as Fauda, it could have a long future ahead of it. Here’s what we know so far.

Hit & Run isn’t billed as a limited series, which suggests room for the narrative to spill into a second installment. However, because the show has not yet been renewed, an official premiere date has not been announced. Netflix is notoriously cagey with renewals and will likely hold off on making an announcement about Season 2 until after they’ve had a chance to gauge the response to Season 1.

You can reasonably expect Raz to return as Segev, since it’s his narrative steering the show. Segev’s wife, played by Kaelen Ohm, may also continue to appear in flashbacks. The Season 1 cast is rounded out by Israeli actor Moran Rosenblatt as Segev’s police detective cousin and Sanaa Lathan as Segev’s ex-lover, who helps him on his quest.

Reviews for Hit & Run Have Been Promising

Early reviews for Hit & Run Season 1 are scarce, but a few takes have emerged in the Israeli press. Haaretz, an Israeli newspaper, called it Netflix’s “best new show of the year, adding that its nine episodes make for “a wonderfully taut experience.”

The Times of Israel was also enthusiastic: “Raz is believable as the grieving, angry husband who quickly discovers that his dead wife had many unexplained secrets, conveyed to the audience with a smooth series of flashbacks.”