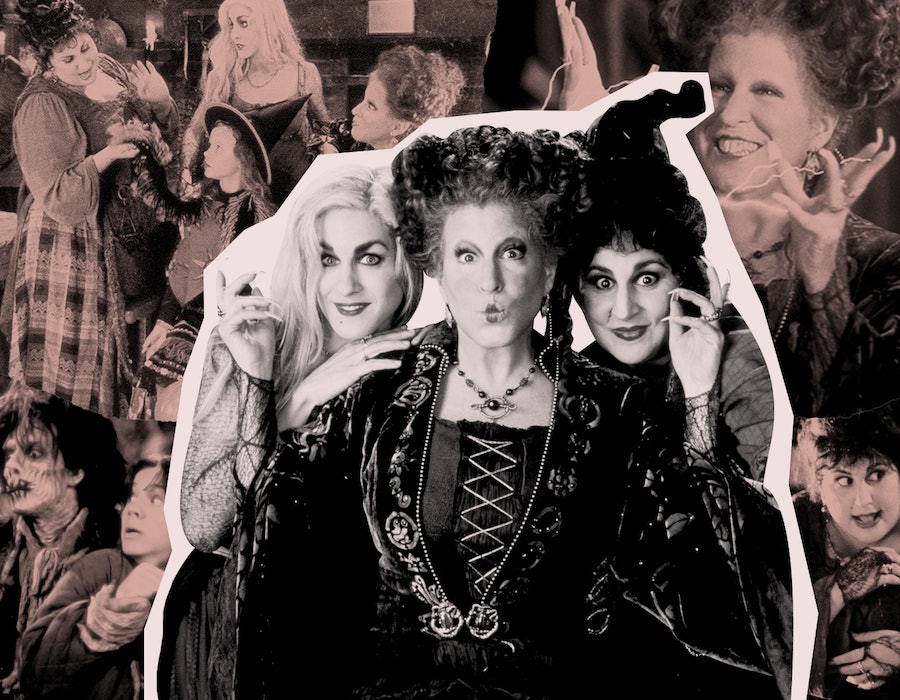 Let me begin with an apology. I am fully aware of how an article like this comes off — contrarian and bitter. After reading the headline alone, you’re no doubt mentally composing a subtweet, something along the lines of “Just let people enjoy things!”

By and large, I agree. We should let people enjoy things! And if you enjoy Hocus Pocus, you could be excused for exiting this article right now and spending the week until Halloween delighting in an inoffensive Bette Midler Disney film with your friends and loved ones.

But I have to speak my piece (especially now they've announced a sequel), and I do so in the hope that others who have been too ashamed to speak up may finally feel free to begin to whisper their dissent: Hocus Pocus is not a good movie.

The characterization is thin, none of the jokes really land, and the plot holes are so big that you could drive a vacuum through them.

It’s an iconic movie; I can’t argue with that. As the generation that fondly half-remembers watching the movie on Disney Channel came of age, Hocus Pocus began to dominate the internet pop-culture discourse. The conversation didn't really engage with the movie in any meaningful way; it was more about reminding people that it existed. Remember the Sanderson sisters? Of course you do! Thackery Binx? Who doesn’t! Billy the Butcher? An icon.

Hocus Pocus has become the cinema equivalent of an “Only 90s Kids Will Remember This” listicle, the warmth and comfort of nostalgia made manifest, a cozy communal experience in an age when the cultural diaspora is so broad that shared mono-culture myths are rare and precious. On that level, I appreciate Hocus Pocus, and I will happily shimmy to "I Put a Spell on You" along with the best of them.

But — and here is the big but — Hocus Pocus is not a great movie. It just isn’t! The characterization is thin, none of the jokes really land, and the plot holes are so big that you could drive a vacuum through them. I could revisit my former career as a film critic and spend a much longer article detailing everything wrong with the movie, but there’s absolutely no point. I don’t think anyone actually likes Hocus Pocus because it’s a good movie; I think people like it because, through sheer power of nostalgia and internet memes, it’s become a cultural tradition, once ironic and now entirely earnest.

If, like me, you find it a little boring, and a little flat, and sort of generally meh — I think we are sort of right!

Holiday movies becoming a classic through attrition isn’t new. It’s a Wonderful Life had been nearly forgotten until a mistake in copywriting put it in the public domain, making it cheap for channels to broadcast it nonstop around Christmastime. The people saw it every year, and had fond memories of seeing it every year, and now it’s a proud stalwart entry in the Christmas canon.

So again, let me say: If you like watching Hocus Pocus, that’s wonderful! But if you don’t — if, like me, you find it a little boring, and a little flat, and sort of generally meh — I think we are sort of right! It’s just a fine movie! I am tired of pretending that it’s a masterpiece for the sake of mediocre Sanderson sister references on the laziest corporate meme accounts.

Culture isn’t something dictated by logic, and so a plea that we refill Hocus Pocus' place in the zeitgeist with a better movie isn’t one that can effect any change. But this year on Halloween, since there are no spiked-cider parties (please) demanding a crowd-pleasing movie, those of us who have suffered through the tyranny of Hocus Pocus finally have a chance to break free.

That said, if you’ll take none of the above points from this column, heed me on this: ParaNorman just dropped on Netflix and it is great. You can even watch it with kids if need be. Give ParaNorman a chance. Hocus Pocus will still be there for you next year, if you want it.