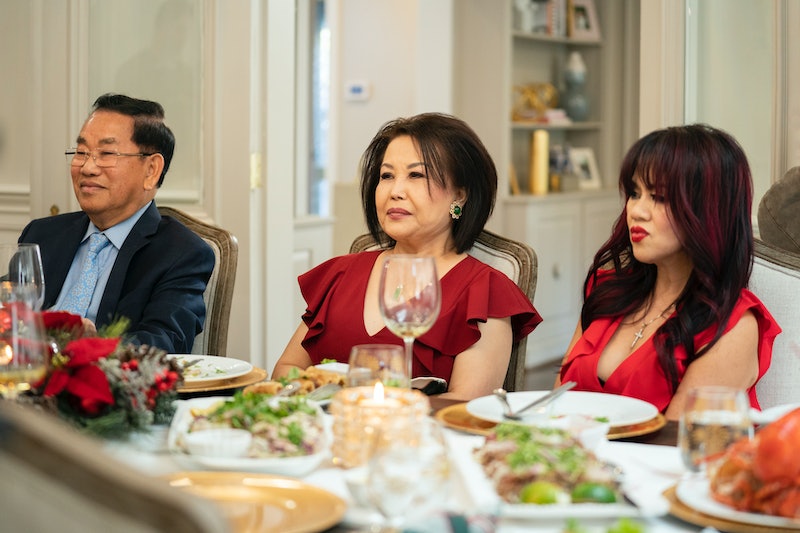 The success of Crazy Rich Asians has spawned similar shows focused on über rich Asians, first with Netflix's Singapore Social and now HBO Max's House of Ho. The new docusoap follows the wealthy Ho family, led by Houston banker and real estate mogul Binh Ho and his wife Hue Ho. While showcasing their glamorous lifestyle, it also chronicles the various struggles of their son Washington, daughter Judy, and daughter-in-law Lesley. HBO Max has not announced if House of Ho will return for Season 2, as its renewal chances likely depend on how well the Ho family is able to win over viewers.

While HBO Max does have newer competition shows like Legendary and Full Bloom, the platform isn't exactly known for its reality TV offerings, and House of Ho seems like their bid to capture the Keeping up with the Kardashians and Shahs of Sunset market. We don't yet know if House of Ho will have any lasting traction, but the prospect of watching a show centered on an Asian American family does seem to be luring in audiences. "Crazy Rich Asians meets the Kardashians but better? I’m interested," wrote one commenter on the YouTube trailer. "Finally, a Viet reality show I can watch with my Viet parents," another commenter wrote.

While some potential viewers are excited about seeing more Asian faces in the predominantly white reality TV landscape, others have critiqued the focus of the series. "Y’all telling me Vietnamese people are finally getting media representation and what they gave us is Trump supporter Kardashian wannabes. I'm so embarrassed for us," wrote one Twitter user. "This is so very unfamiliar to me. Not gonna watch it," wrote another commenter on Youtube.

In her review for the AV Club, Priyanka Bose also pointed out that viewers looking for an "entertaining romp" may be disappointed by the overall messaging and tone of House of Ho. "The series is less about clashing values within different equally outspoken generations than it is an uncomfortable glimpse into how traditional patriarchal structures continue to make the lives of women absolutely miserable, even in the wealthiest families," she wrote. "It’s bleak and disheartening to watch Judy and Lesley bend over backwards to fulfill their duties as members of the family and never measure up."

One could argue that the House of Ho is right to not shy away from the conservatism and sexism that runs through many Asian communities, and that reality shows don't always feature the most likable people. But only time will tell if this is the kind of show that resonates with viewers. In the meantime, as comedian Jenny Yang pointed out, the show will surely give the Asian community plenty to dissect and discuss.