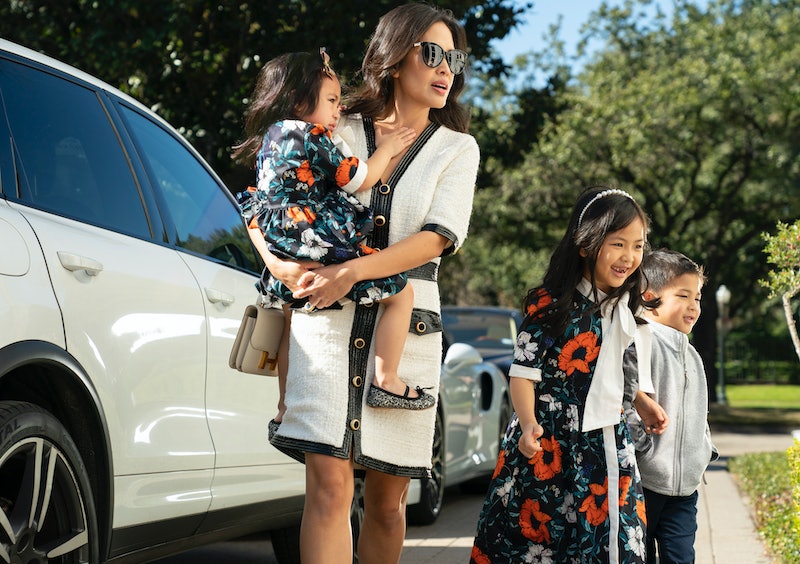 HBO Max's House of Ho may center on wealthy investment banker Binh Ho, but it's his daughter Judy who will likely steal the show. Described as the responsible child and a "consummate perfectionist," Judy begins House of Ho by starting to break away from her parents' more conservative expectations of how an Asian daughter should act.

"My family is Vietnamese but loves being American," Judy explains in the House of Ho trailer. "My brothers are named Washington and Reagan. I was a disappointment because I was a girl, so I'm named Judy." Judy goes on to describe her parents as "old school Vietnamese," which likely means they don't exactly support more modern gender roles — like Judy being a divorcee, for example. Judy's struggling to please her parents while also charting her own course will likely feel relatable for many viewers, so here's everything else to know about the Ho's eldest daughter.

According to Deadline, Judy is a lawyer and passed the bar with flying colors. Based on the trailer, though, it seems like she's currently focused on raising her three kids solo. As she explained on the Tamron Hall Show, her life often doesn't feel like Crazy Rich Asians, the movie that House of Ho is already being compared to. "We don't live like that on a day to day life. I'm still driving carpool and taking my kids to their activities," she said. "But we get to enjoy the perks of my parents' labor."

Judy likes to lay low on social media, but she does have a few posts on her Instagram about filming House of Ho. "My mom confirming during an interview that Washington is her favorite," Judy wrote on a Dec. 9 post of her and her mom Hue.

Is Judy Ho Dating Anyone?

"I know that you prefer that I stay married, but I'm not asking for your approval anymore," Judy tells her parents in the House of Ho trailer, later admitting that she's been "enjoying life as a divorced woman." Being single again puts her in the orbit of her outgoing and rebellious aunt Tina, who encourages Judy to start dating and partying again (even offering birth control pills).

It seems Judy's dating life is meant to remain a secret until the show airs, though. ET Online reported that there is a scene where Aunt Tina tries to get the identity of Judy's potential new boyfriend out of Judy's sister-in-law Lesley, but she won't budge.

"In this family, information travels real fast. Everybody's obsessed with Judy's love life because that's the biggest thing that's happening in our family right now," Lesley explains to the camera. "And we're all just a little bit nosy."