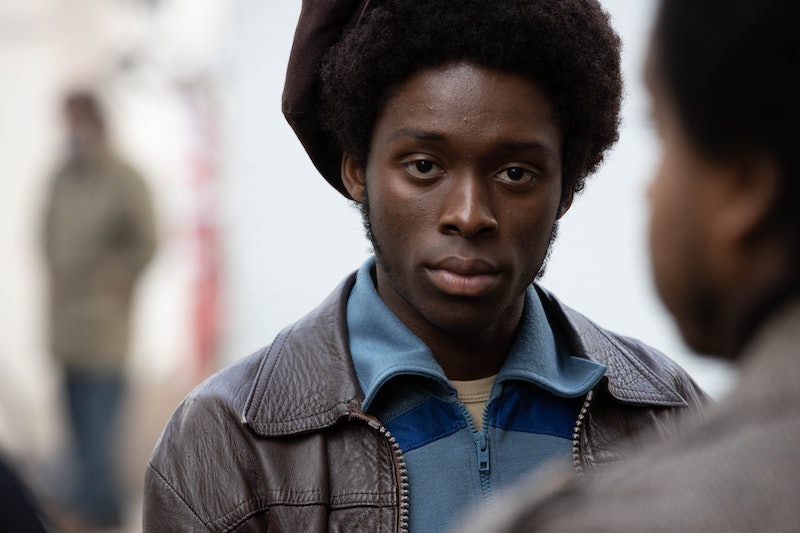 Steve McQueen's anthology film series Small Axe delves into five stories from within London's West Indian community between the late 1960s and mid-1980s. The latest focuses on the life of acclaimed writer Alex Wheatle, who was arrested following his involvement in the Brixton uprising of 1981. The BBC film recounts Wheatle's experiences growing up, depicting his childhood spent in an allegedly abusive care system, through to his early inspirations as a writer, and beyond. But how accurate is Small Axe: Alex Wheatle?

Co-written by Alastair Siddons and McQueen, a BBC synopsis describes the film as "the true story of award-winning writer, Alex Wheatle." In this chapter of the anthology, real-life events including the 1981 Brixton riots and a New Cross house fire, in which 13 Black youngsters tragically died, are accurately depicted throughout the film.

In addition to these high-profile events, the film also explores more intimate details of Wheatle's life. Including his relationship with prison cellmate, Simeon, who greatly inspired Wheatle's literary passion early on. Commenting on his real-life experiences with Simeon, Wheatle himself told the Telegraph: "He saw a talent in me. And he saw that I wasn’t someone to be left on the scrap heap… no one had ever recognised that in me before." Speaking to the Guardian back in 2016, Wheatle also recalled how Simeon had encouraged him to learn more about his Caribbean heritage, suggesting he read books such as The Black Jacobins by CLR James — a moment also portrayed in the BBC dramatisation.

Elsewhere, Wheatle's childhood years spent in the notorious and predominantly white institutional Shirley Oaks children’s home are detailed in the film, with scenes showing the alleged abuse he faced as a young resident. Speaking again to the Guardian, Wheatle said that during his time at Shirley Oaks he would face severe punishments for even the most minor rule-break, such as forgetting to call staff members “auntie” or “uncle", which is illustrated in the BBC film; alongside prominent moments from his teen years as a founding member of the Crucial Rocker sound system. All of which have been confirmed to be accurate by Wheatle, per the writer's official website.

As The Sun reports, McQueen was first inspired to adapt the author's story into a film after hearing Wheatle's fascinating life journey five years prior. The director did ask Wheatle to pen the screenplay for this chapter of the Small Axe anthology, but he declined.

“Initially, Steve asked me if I would write the script,” Wheatle explained to the Telegraph, adding: “but I felt [that] would be too overwhelming. I’m laying bare to the world the most fragile, vulnerable moments of my life. It’s quite something to commit to.”

Newcomer Sheyi Cole portrays Wheatle in the BBC anthology, and is joined in the film's cast by the likes of Fighting with My Family's Jonathan Jules, among others.