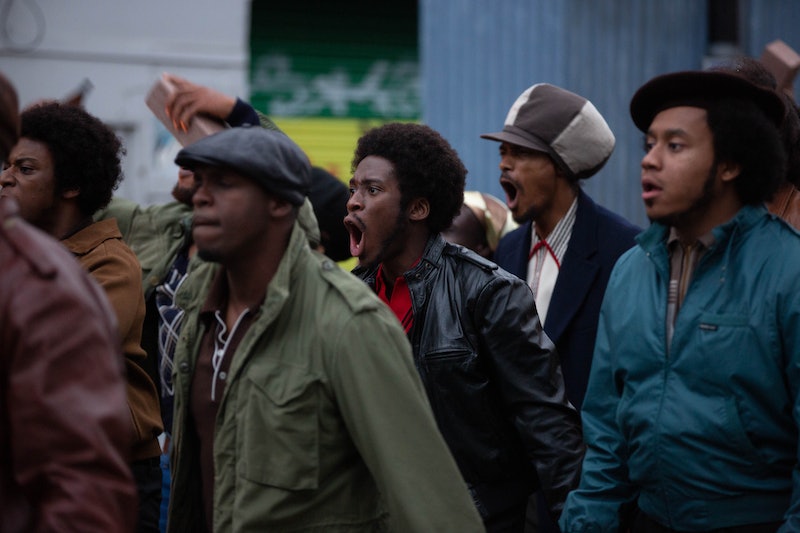 The Steve McQueen-directed anthology series Small Axe depicts some of the most prominent moments from Black British history between the late 1960s and mid-1980s. One story featured in the BBC film series is that of award-winning writer Alex Wheatle, who was imprisoned during the Brixton uprising of 1981. But what else is there to know about the history behind this chapter of Small Axe? And what happened in the Brixton uprising?

Per the BBC, the Brixton uprising began in Brixton in the London borough of Lambeth, on April 10, 1981. Rioting lasted for three full days and was a confrontation between the Metropolitan Police and protesters, the majority of whom were disenfranchised young Black men.

Tensions between police and demonstrators reportedly arose from a lack of employment opportunities for Black people in the local community, and a widespread belief that police officers had been discriminating against Black people through abuses of power. More specifically the "Sus" law, which permitted officers to stop and search anybody on the street without justification for doing so. The riots resulted in more than 300 injuries and multiple arrests, including that of Alex Wheatle, who spent six months in prison following his involvement in the protests.

As previously mentioned, Wheatle's life story is explored in the BBC anthology Small Axe, which also touches on the tragedy of the New Cross house fire, in which 13 Black youngsters lost their lives on January 18, 1981, the BBC reports.

Co-written by Alastair Siddons and Oscar-winning director Steve McQueen, the fourth instalment of the Small Axe film series, Alex Wheatle, chronicles the life of the famed novelist from his childhood spent in an predominantly white and allegedly abusive institutional care home, right through to his early adult years when he was imprisoned during the Brixton riots of 1981.

Newcomer Sheyi Cole stars in the BBC film as Wheatle, appearing alongside the likes of Fighting with My Family's Jonathan Jules, among others.