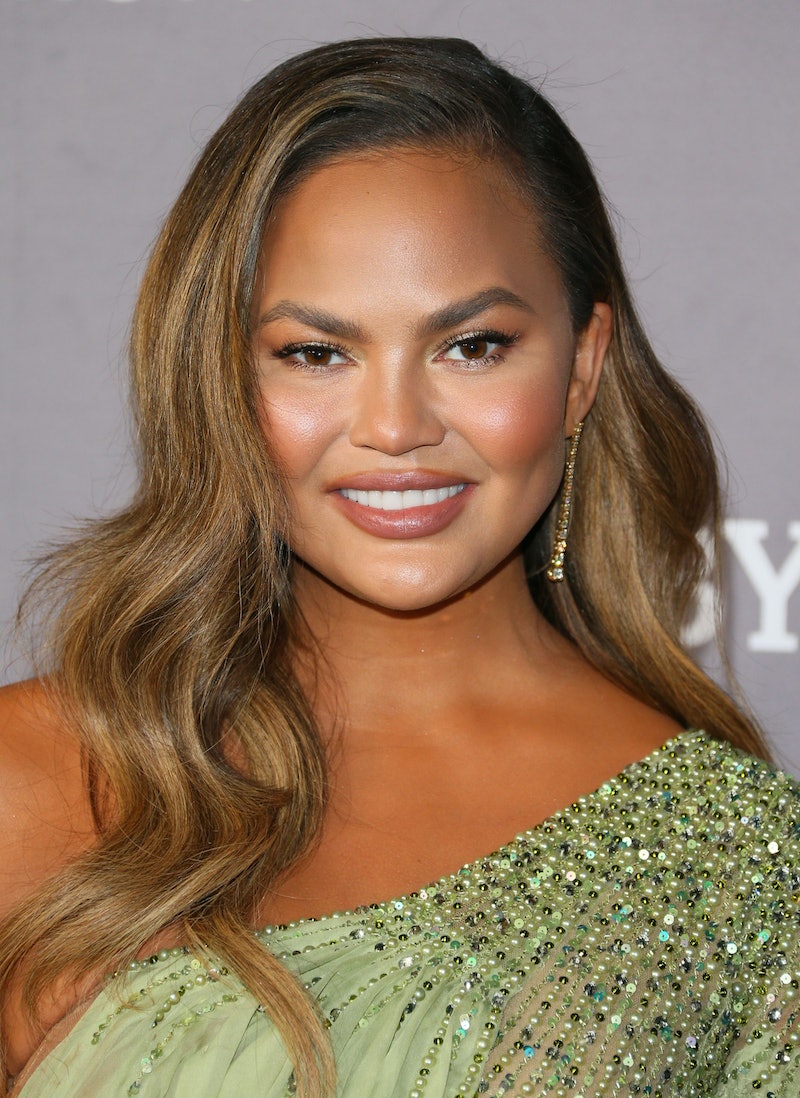 Days after confirming she's expecting her third child with John Legend, Chrissy Teigen revealed how she found out she's pregnant in a Twitter thread early Saturday, Aug. 15. "Oh, it's quite a story. lol," she tweeted after a follower asked if she was aware of the pregnancy during her June breast implant removal surgery. "I did the routine pregnancy test you do before surgery. It said negative. It was not negative."

The mom to Luna, 4, and Miles, 2, — both of whom were conceived via IVF treatments — went on to explain she took another test a few weeks post surgery, something she tweeted she's done "for many years now . . . almost every month, praying to see a positive one day." Teigen added, "Just wishful thinking. I never had a positive before."

When Legend woke up at 3 a.m. on June 19 to promote his Bigger Love album on Good Morning America, she recalls getting up with him and decided to take her "monthly test to be disappointed." Seeing the positive result brought a different mix of emotions. "I was not disappointed," she added. "But I was scared sh*tless. Was pretty positive you shouldn't get your boobs out while pregnant? Pretty sure."

After handing Legend the test, the Cravings cookbook author, who said she was in shock, "prayed to the boob surgery gods that everything would be okay," and went to every doctor's appointment terrified: "Even without the surgery, I didn't think I could get pregnant naturally anyway. So the odds just felt...bad."

"But what they say so often can be true," she continued. "When you give up on trying, life has a way of surprising you. In summary, my boobs hurt."

Teigen hinted at the pregnancy when she appeared in her EGOT winner husband's new "Wild" music video with a little baby bump, later confirming the news on Instagram and Twitter. In separate Aug. 15 tweets, she shared that she's still "very worried," despite the happy news. The Chrissy's Court star also joked that her "two beautiful monsters," Luna and Miles, have each had different reactions to adding a new sibling to the family: "Luna is very, very excited," she wrote. “Luna is very, very excited. Miles, not so much. Jealous!"

More like this
Keke Palmer Just Announced She's "Going To Be A Mom" On 'SNL'
By Brad Witter
Harry & Meghan React To The Racist "Straight Outta Compton" Headline
By Jake Viswanath
Archie & Lilibet Are Eligible For Royal Titles — But There's A Catch
By Jake Viswanath
Is Queen Elizabeth II Or The Royal Family In Netflix’s 'Harry & Meghan' Docuseries?
By Jake Viswanath
Get Even More From Bustle — Sign Up For The Newsletter