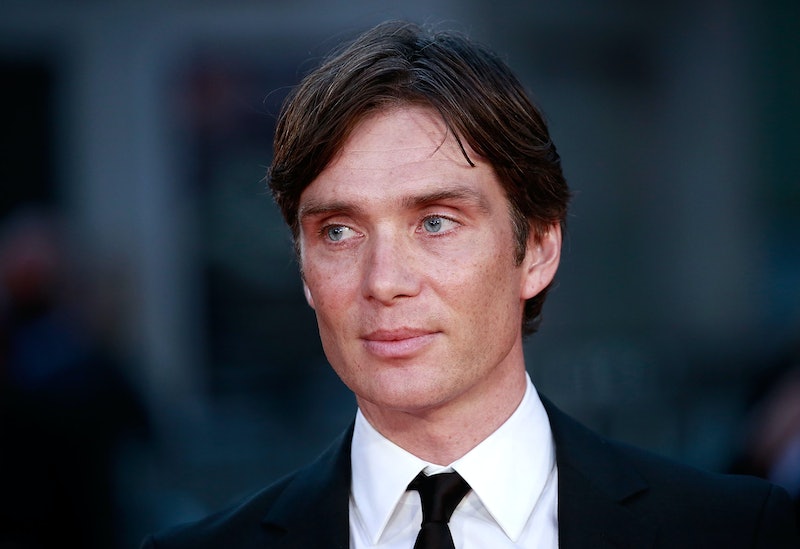 In the upcoming season of Peaky Blinders, viewers will be introduced to a potential new love interest for Thomas Shelby. Director Anthony Byrne has teased that she’ll give “Tommy a run for his money”, and viewers won’t have “seen a character like her in Peaky before”. While there’s little else to go on at this stage, off-screen the actor who plays Tommy Shelby has been married for nearly two decades to an Irish artist. So, how did Cillian Murphy and his wife Yvonne McGuiness meet?

As The Irish Times writes, Murphy was at somewhat of a "crossroads" in 1996. It was this year that he auditioned and was cast in his first acting role, and it was also when he met McGuiness for the first time. Acting and their relationship became the focal point of his life, both of which are still going strong. "I remember the confidence of youth that you have," he told the outlet. "You're just going for it, and when you're 19 or 20 nothing seems permanent. It was an adventure, but, looking back, it does seem hugely formative."

The couple, who married in 2004, have two sons together who are now in their teens. "They're suitably underwhelmed by my work,” the actor told the Evening Standard. “I'm trying to keep them in that state because it's such a silly industry."

Despite being a pretty well-known actor, Murphy is more content with being with his family rather than spending too much time in the minds of characters like Peaky Blinders' Tommy. "That's something you endure," he said. "When I was younger I'd have gone so deep and heavy [with a part] and got to the point where I was like cancelling reality... Ideally I’d like to do one job a year and spend the rest as a civilian."

In 2016, he and his family moved from London back to Ireland. Both Murphy and McGuinness are Irish, but moved to Kilburn after they first met. "I loved living in London in my 20s and 30s, but after a while you kind of go, 'Right, is this it? Is this it for the rest of my days? Or is there some other possibility?" The couple also wanted their children to be closer to their grandparents.

"We wanted them to be Irish, I suppose." Murphy explained to The Guardian. "It's amazing how quickly their accents have adapted. Even within a year of moving back, they are fading into this rakish west Brit kind of thing. Which I think, hopefully, will get them lots of girls..."

He's also very proud of his kids, and rightfully so. "I had bravado. But, deep down... I don't know, they seem better adjusted than I was. More sure of themselves," he said.

Season 6 of Peaky Blinders is currently filming, due to hit TV screens later this year. Meanwhile, you can catch up on all five previous seasons of the drama on BBC iPlayer. Enjoy.

This article was originally published on Aug. 25, 2019