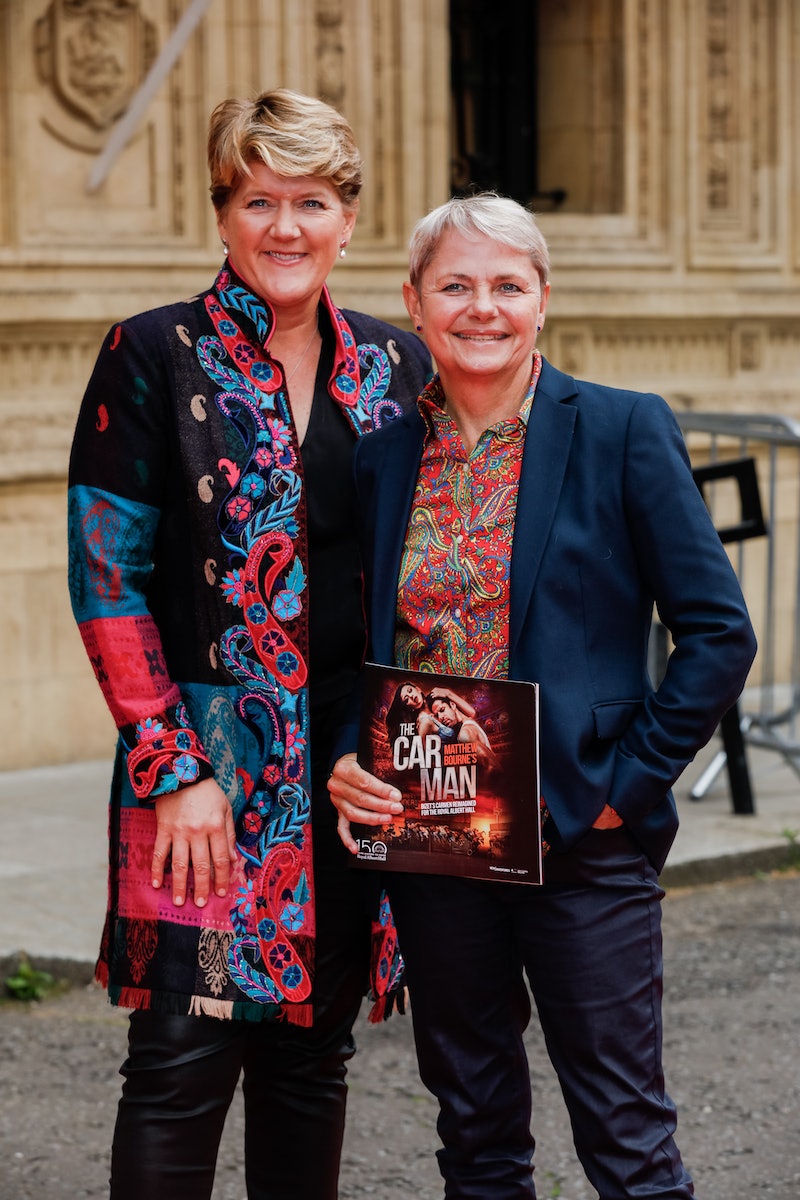 Not only is Clare Balding back on our screens co-presenting Wimbledon, but she and her wife Alice Arnold are delighting fans once again with their relationship goals on Celebrity Gogglebox. From their casual viewing of Fifty Shades of Grey to appearances from their cats Eric and Buttons, viewers can’t get enough of the couple. But how did Balding and Arnold meet, and how long have they been together?

The couple met in 1999 while working for the BBC. After striking up a friendship through a common interest in sport, they took their connection to the next step in the autumn of 2002. However, Arnold was hesitant to change the parameters of their relationship. “To begin with I was especially concerned that Clare was in the media spotlight,” she told The Times. “I didn’t want to be with someone who needed looking after. I didn’t want the imbalance of being the housewife to her success.”

But as Arnold got to know Balding, that uncertainty melted away. “I realised she is not high maintenance at all,” she said. “In fact, because we both come from a media background, we are good sounding boards for each other. We are very honest in our guidance of each other.” Balding agrees, adding that she often turns to her for career advice. “I trust Alice’s judgement entirely,” she told Country & Town House.

Balding and Arnold entered a civil partnership in 2006, holding a ceremony at Chiswick House. They later returned to the estate in 2015 to get married in a private ceremony. When asked whether they were planning on having any children, Balding replied with a firm “God no!” during an interview with The Sunday Post in 2019. “That’s why I like children so much, because I don’t have any.” Instead, they are surrounded by many animals, including their British shorthairs Eric and Button and their late dog Archie.

Life couldn’t be more “brilliant” for the couple, as Arnold wrote in The Guardian. “We are lucky and I want to share that,” she said. “If just one gay person or parent of a gay child sees us and thinks that maybe it’s not so bad, that you don’t have to live your life in fear, that sexuality does not define everything and it doesn’t always need to be a struggle, then we have achieved something.”