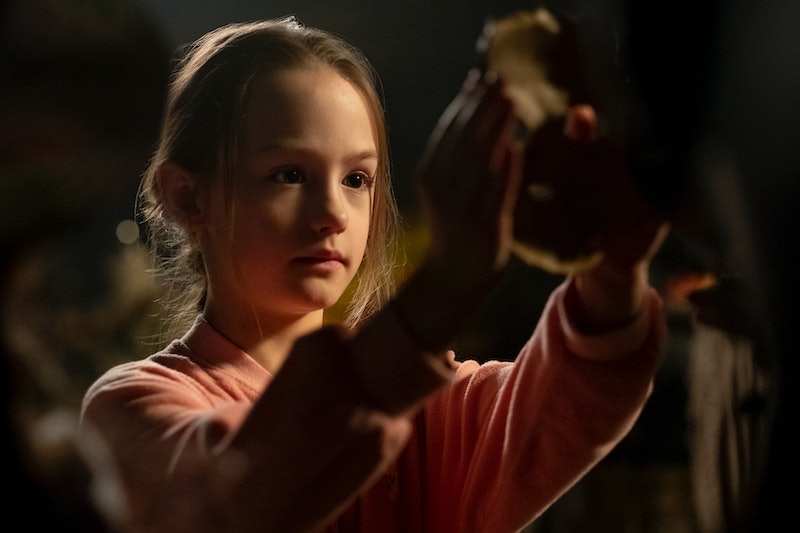 Spoilers ahead for The Haunting of Bly Manor. There are more than a few souls wandering the grounds of Bly Manor, and by the end of the Netflix series, we learn how most of them met their demise. But there's one mystery that never gets answered: how Flora and Miles' parents died.

At the outset of the show, the children's uncle Henry explains to Dani that his brother Dominic and his wife Charlotte "died abroad" about two years ago, when Miles was 8 and Flora was 6. After that, there are only a handful of vague references to what happened. In one scene, Flora mentions that her parents were far away when they died, and the family had to bury empty boxes. Later, housekeeper Hannah Grose simply refers to the Wingraves' "blasted trip."

Some more details finally emerge in Episode 6, as the series reveals that Charlotte had an affair with Henry, who, as it turns out, is actually Flora's biological father. Dominic eventually pieced things together, realizing that based on the timing of Charlotte's pregnancy, it would be impossible for Flora to be his daughter. He then banished Henry from the family, but Charlotte paid him one last farewell visit, explaining she'd decided to work things out with her husband and that they were traveling to India for a few weeks to reconnect.

Soon afterward, India's British consulate called Henry to break the news that there had been a terrible accident, and his brother and sister-in-law did not survive. Thus set off his pattern of misusing alcohol, along with the appearance of a lookalike apparition that forced him to literally live with himself, as his scorned brother had wished upon him.

Unfortunately, Henry James' The Turn of the Screw, which served as Bly Manor's primary inspiration, doesn't offer any further answers about the children's parents: the horror novella simply says they died in India under mysterious circumstances.