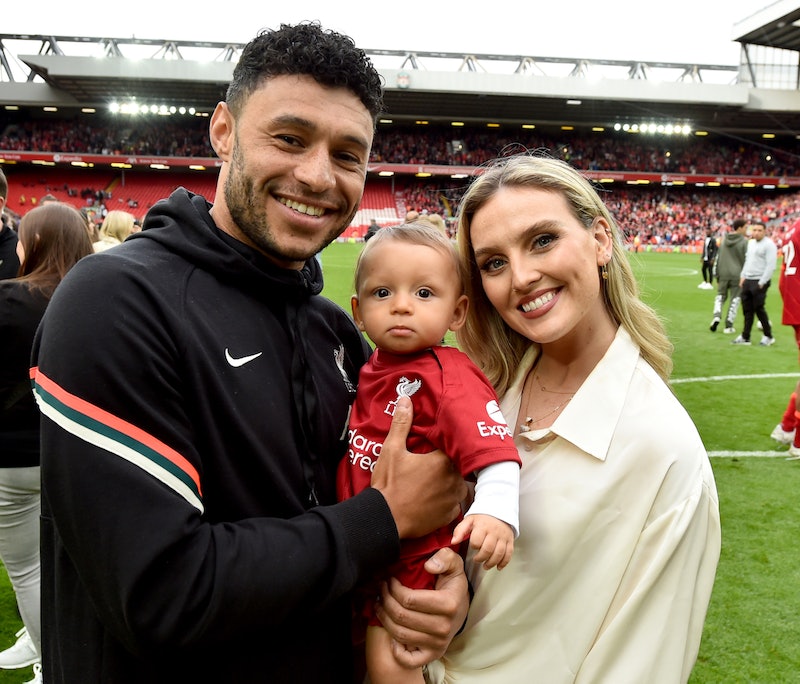 Little Mix’s very own Perrie Edwards and footballer Alex Oxlade-Chamberlain are officially engaged. After six years of dating and a beautiful baby boy, the Liverpool midfielder popped the question. The Little Mix singer uploaded photos to Instagram of the stunning beachfront sunset proposal. She captioned her post “Last night, the love of my life got down on one knee and I said… YES!” Meanwhile, Oxlade-Chamberlain shared his own pictures, adding “Mrs Oxlade-Chamberlain to be!”

The couple welcomed their first child, Axel, in August 2021. He arrived shortly after bandmate Leigh-Anne Pinnock’s twins, sparking many memes about Little Mix’s Jade Thirlwall’s impending childcare commitments. While no details have been revealed about the wedding yet, as Little Mix are on hiatus, Edwards and Oxlade-Chamberlain will have plenty of time to plan the ceremony of their dreams.

But how did Perrie and Alex meet? Well, let's start at the beginning. Chamberlain first met Little Mix back in January 2015 during an interview on BT Sport. Unfortunately, Edwards wasn't able to make it into work that day, but her bandmates Jesy Nelson, Jade Thirlwall, and Leigh-Ann Pinnock were all in attendance. At the time, he was single and so was Thirlwall, so Nelson (aka Edwards' BFF) tried to play cupid and set them up live on TV.

As the group chatted away about the NBA Global Game they were all set to attend later that evening, presenter Helen Skelton asked if Chamberlain was going to "protect" the girls in case they were accidentally hit by the ball while sitting court-side. Nelson quipped: "Jade needs protecting. Jade's very diddy, and she's single, as well..." The footballer then smiled and confidently hit back "I'm sure I can help out,” before Skelton joked that the interview had turned into an episode of Take Me Out.

Edwards shouldn't be too worried about this though as she was still engaged to her ex Zayn Malik at the time. That relationship didn't come to an end until seven months later in August 2015.

In January 2017, Edwards publicly made her relationship with Chamberlain official by posting a picture on Instagram of him next to her dogs. Then, at the 2017 Brit Awards, Little Mix had a big night by scooping the Best British Single gong for their hit Shout Out To My Ex. As they were awarded the prize, Edwards sent fans into meltdown by very publicly kissing Chamberlain.

Chamberlain has previously joked that he doesn't want to become the subject of a Little Mix song should they break up. He told The Sun On Sunday: "I better watch out! I don't want her to become an ex and sing about me. Probably something about Arsenal being rubbish. I better look after her." Obviously, this was probably a quip about the group's hit Shout Out To My Ex (which many believe is about Edwards' ex Malik, though she has never officially confirmed this).

Well, judging by the smile on her face and posts on Instagram, I'd say she looks pretty happy.