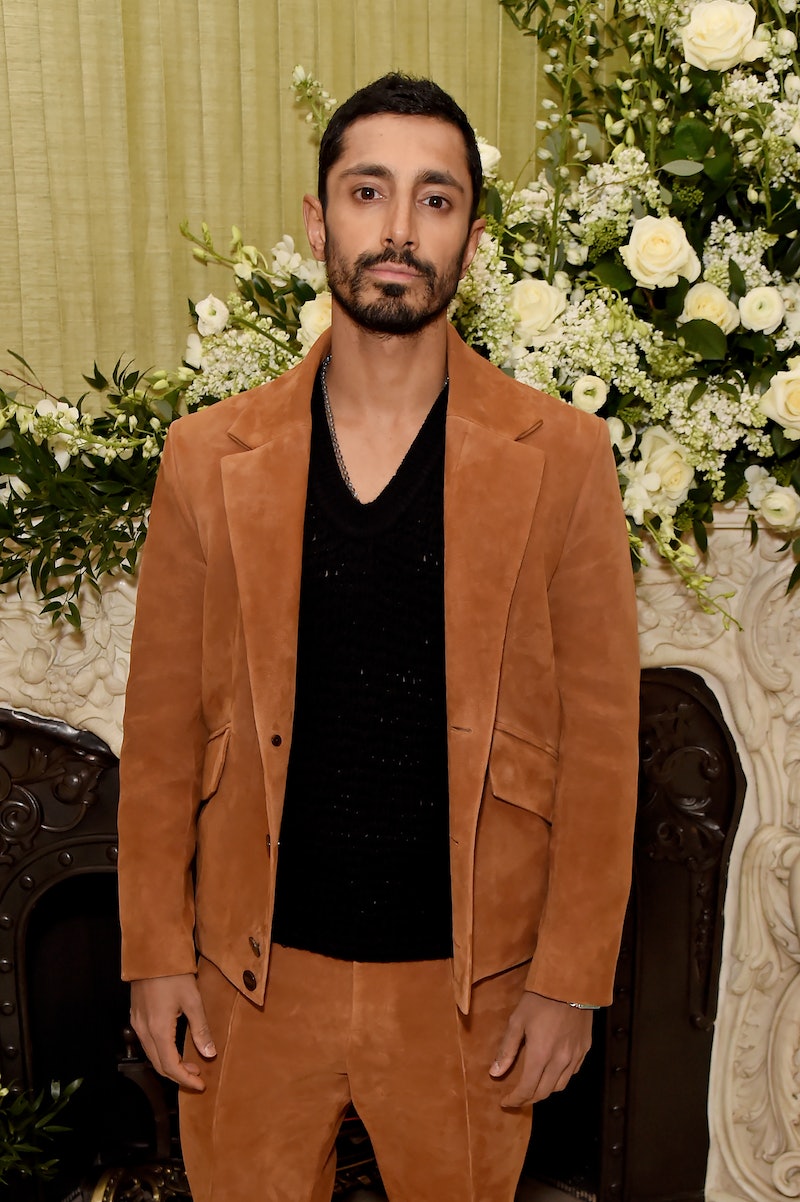 After briefly mentioning the event during Louis Theroux’s Grounded podcast, Riz Ahmed cleared up the ‘secret’ wedding rumours during an appearance on Jimmy Fallon’s The Tonight Show in early January. As it turns out, he got married to a bestselling author and writer over lockdown – but how did Riz Ahmed and Fatima Farheen Mirza meet?

While preparing for his role on the Amazon film Sound of Metal, Ahmed crossed paths with Mirza in a New York café. “We met so randomly while I was preparing for the role when I was in New York,” the actor explained. “We both just sat down at the same table and ended up jostling over the same laptop plug point.” If you think this sounds like some sort of 21st century rom-com, Ahmed would agree. “It’s like a very modern way of meeting and we struck up a friendship and we reconnected down the line.”

Speaking to the Hollywood Reporter about Mirza on Jan. 19, Ahmed said: "It feels good to be married." He added that the pandemic "seems to have sent us hurtling into our own futures, collectively and individually. Getting married was something that felt right and made sense."

Neither Ahmed nor Mirza have shared glimpses of their relationship on social media, but they may have cryptically mentioned one another in past posts, like this poem Mirza posted back in October on Instagram: "We ran wearing baseball caps. Correction: you ran, I wandered. Passed a man with a parrot, bright blue, red plume, All the goals missing nets. A day like any other, but then: the parrot overhead, streak of blue, straight through." Is the "you" she's referring to Ahmed?

Mirza is known for having a way with words. Her debut novel, A Place For Us, is a New York Times bestseller and was the first to be published by Sarah Jessica Parker’s imprint, SJP for Hogarth. According to the official bio, A Place For Us, tells the story of Hadia, an Indian–Muslim woman whose family is preparing her for wedding. But as the family gathers back together for the event, they worry about how Amar, the estranged younger brother of the bride, will behave.

More like this
4 Surprising Celeb Throuples That Got The Internet Talking
By Sophie McEvoy
Laura Anderson Pulled The Ultimate Girl Power After Her Break-Up
By El Hunt and Megan C. Hills
Twitter Is Saying The Same Thing About Beyoncé's Renaissance World Tour
By Shahed Ezaydi
Michaela Coel Has Some *Thoughts* About The Nepo Baby Discourse
By Maxine Harrison
Get The Very Best Of Bustle/UK
Sign up for Bustle UK's twice-weekly newsletter, featuring the latest must-watch TV, moving personal stories, and expert advice on the hottest viral buys.