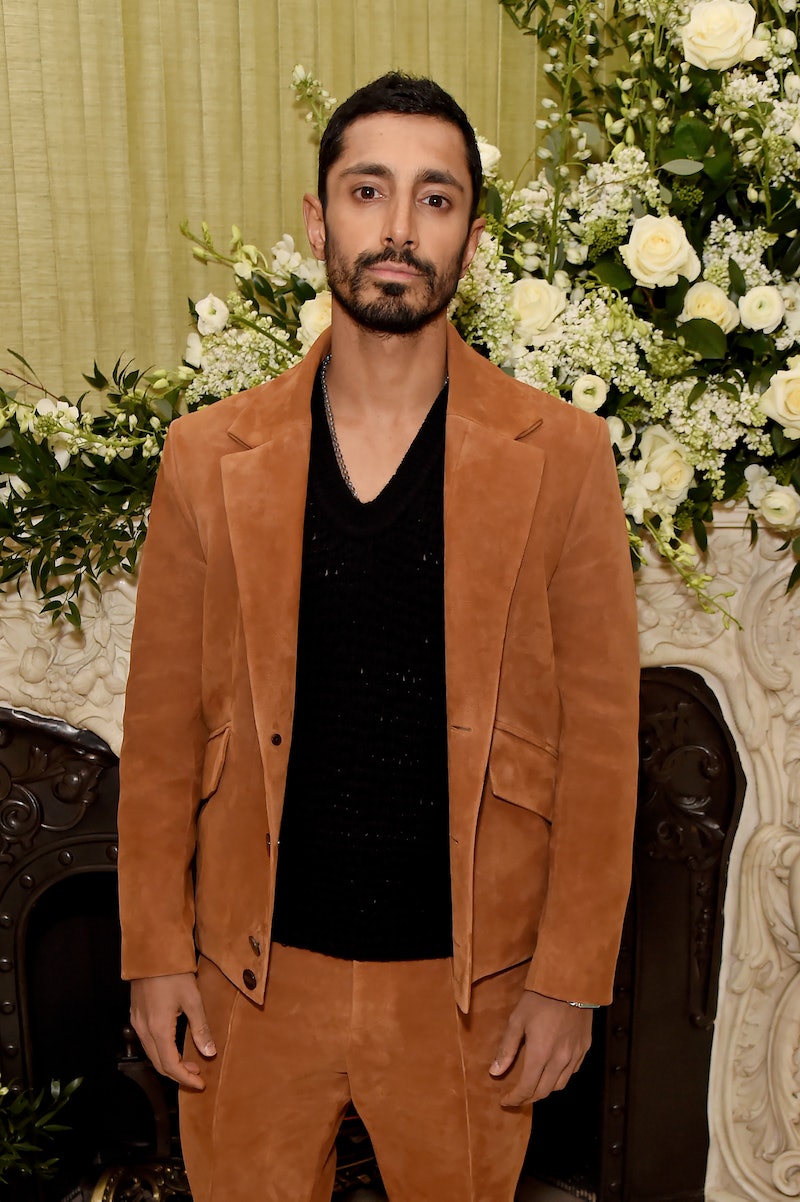 Apologies to everyone still replaying his 2017 appearance in Charli XCX's "Boys," but Riz Ahmed is officially a married man. And unless your name is Fatima Farheen Mirza, he's not married to you. During the Jan. 11 episode of Louis Theroux's Grounded podcast, The OA actor subtly revealed he and Mirza tied the knot fairly recently and shared some details about their "secret" wedding and how they met.

Speaking to Theroux about filming Sound of Metal, Ahmed said he's been spending a lot of time in California because his "wife's family" is from the Bay. Theroux caught that casual mention and said he didn't realize the actor was married. Ahmed then responded that he and the A Place For Us novelist haven't been for "very long" before adding, "I mean, I guess I don’t really feel it’s generally that relevant, so I don’t delve into my personal life or my dating history or even family life much."

Two days later, Ahmed gave a bit more intel to Jimmy Fallon on The Tonight Show and said they held the wedding in a backyard and kept it "super intimate and socially distanced" because of the pandemic. He also joked that he wasn't purposefully keeping their relationship status on the down-low. "It’s a weird one, isn’t it? I guess because we live in a social media age, if you don’t, like, get on the megaphone about stuff, it’s like it’s a secret. But I never know how much is oversharing," he said. "Like, I’m into matcha lattes, but that’s just never come up. I’m not a secret matcha latte drinker."

Ahmed and Mirza's relationship began with a casual encounter that rivals the most beloved meet-cutes in Hollywood films. "We just both sat down at the same table in a cafe where we both turned up to write," he started. "We were both jostling over the same laptop plug point, like a very modern way of meeting, and we struck up a friendship, and we reconnected down the line." What a main character™ moment.

More like this
4 Surprising Celeb Throuples That Got The Internet Talking
By Sophie McEvoy
'Bachelorette' Vet Clare Crawley Revealed Her Stunning Wedding Photos
By Stephanie Topacio Long
'RHOP' Stars Robyn & Juan Reportedly Got Remarried & Filmed The Ceremony
By Brad Witter
RHOP’s Robyn Dixon Explained Why Juan Paid For Another Woman's Hotel Room
By Brad Witter
Get Even More From Bustle — Sign Up For The Newsletter
From hair trends to relationship advice, our daily newsletter has everything you need to sound like a person who’s on TikTok, even if you aren’t.