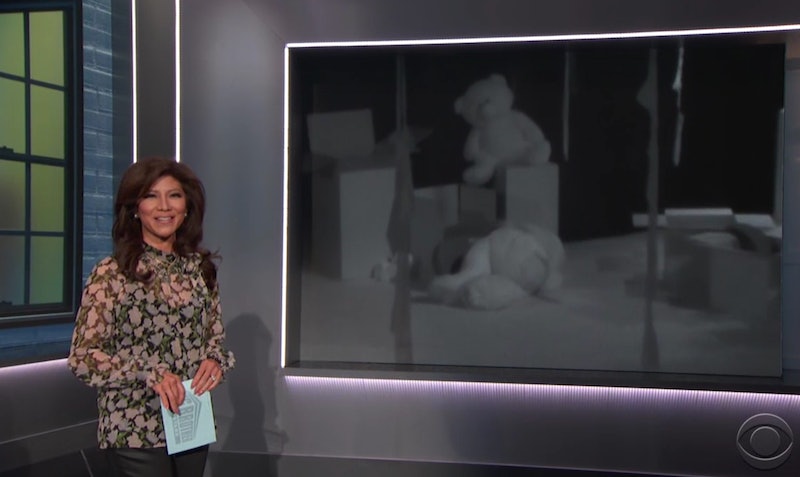 There's a new twist on Big Brother All-Stars: the BB Basement. Fans will learn how it works on Sunday's episode, but host Julie Chen teased that it could change up the whole game. What we do know? The BB Basement is competition-based, will take place entirely in the dark, and will result in three new powers entering the game. It seems like it could be a mix between the BB19's Den of Temptation and BB20's Hacker Competition.

In BB19, the Den of Temptation gave three houseguests different powers each week based on a vote by viewers. BB20's Hacker Competition was a bit different: one of the houseguests had to win the challenge to be granted three powers to be used that week. But what both competitions have in common is the three areas of the game they affected: nominations, veto, and eviction. From the Den of Temptation, one winner had the opportunity to protect themselves from being nominated, another power let the person play in a Veto competition of their choosing, and the final power let them stop the eviction entirely. Those powers lasted for several weeks, while the powers in the Hacker Competition had to be used in the same week they were won. The Hacker got to replace one nomination, choose one Veto player, and erase one eviction vote.

Looking at those two competitions, it seems like the three powers from the BB Basement will either be long-lasting ones like the Den of Temptation or immediately used powers like in the Hacker competition. But they will likely affect the same three areas of gameplay.

It's unclear if only one person wins all three powers or if three separate people will win them, but either way it will majorly affect the competition. And this twist could last into next week as well. The Den of Temptation lasted three weeks and the Hacker Competition lasted for two. So BB Basement will be in play this week and likely next to give your faves a better chance at sticking around in the game.

Of course, if someone from The Committee alliance wins the BB Basement powers, not much will change in the game at all. So far it's been a pretty one-sided season without any drastic power shifts. That's why fans wanted an America's Vote twist so that they could give the underdogs some leverage. The BB Basement will make players earn power in the game, but fingers crossed that someone interesting wins. The Committee needs to have the tables turned on them for once.

More like this
Kaitlyn Bristowe Said Chris Harrison Ignored Her After Her 'Bachelorette' Hosting Gig
By Grace Wehniainen
RHOP’s Robyn Dixon Explained Why Juan Paid For Another Woman's Hotel Room
By Brad Witter
Shaq Might've Spoiled His Relationship Status With Kirsten After 'MAFS'
By Brad Witter
Everything To Know About 'RHONY' Season 14
By Jake Viswanath, Alyssa Lapid and Brad Witter
Get Even More From Bustle — Sign Up For The Newsletter
From hair trends to relationship advice, our daily newsletter has everything you need to sound like a person who’s on TikTok, even if you aren’t.