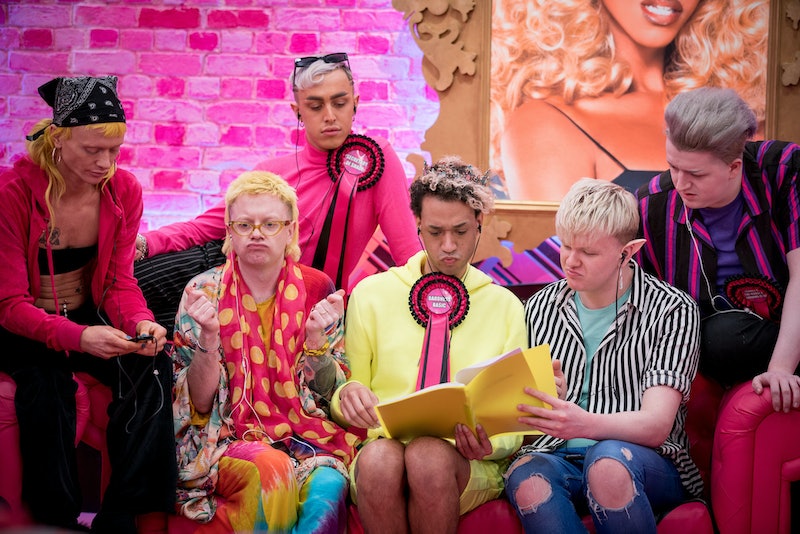 Series 2 of RuPaul’s Drag Race UK returned on Jan. 14 and to say it’s been the ray of dramatic sunshine that 2021 needed is a serious understatement. From their unique looks to show-stopping performances, this series’ queens have served some serious drag brilliance. They’ve not made judging easy for Mama Ru. It’s pretty hard to imagine the stamina required to come back every week and slay. However, Drag Race UK took a break in filming due to COVID-19. The fourth installment of the show, which aired on Feb. 4 was the last to be filmed before production halted.

As Radio Times reports, Series 2 of Drag Race UK didn’t escape coronavirus restrictions. The Drag Race challenges don’t lend themselves too well to being socially distanced and the BBC had to ensure everyone on set would be safe before returning to the production. It’s been reported that the queens were sent home for seven months from March to Nov. 2020. Some went back to their day jobs and others were forced to stay at home with their performing work on indefinite hiatus.

“The show stopped. Life stopped, and anything we had coming up was just gone," A'Whora told BBC News. She wasn’t the only one that was worried that the show wouldn’t come back from lockdown. "I've never been so broke in my life," Tayce said, "I was never rich doing drag but I was comfortable. It was such a long break with no job and no money. We were just festering at home and then stressing about potentially coming back to the show.”

But return they did. Eventually production was able to restart and the remaining queens came back to the werk room. So what can we expect from their first week back? If the episode description is anything to go by, it's going to be an all-singing, all-dancing affair. It states: “With the queens reunited and added twists, there is much excitement in the air, but the competition picks up quickly as the queens form two groups for a Europop battle — The RuRuvision Song Contest. In a glorious homage to Eurovision, the queens record and perform the same catchy song, but can they swerve the dreaded nil points?! MNEK joins Michelle Visage and Graham Norton on the judging panel as a fifth queen sashays away from the competition.” The queen’s weren’t about to get an easy first week back.

And if you’re curious what the queens got up to in the months between filming then BBC Three have produced a one-off documentary, RuPaul’s Drag Race UK: Queens on Lockdown. Like so many other people, this seasons' queens faced a drop in work and their lives being put on hold.

Queens on Lockdown will feature footage that the contestants shot at home, honest video diaries, and a look at the queen's home lives as everything Drag Race came to a stop. They may seem fierce and fabulous on the show but not knowing if the competition would come back took its toll. You’ll be able to stream the film on Feb. 12 on BBC iPlayer.

While the queens may have had a long seven month break between filming, you can watch the next episode of RuPaul’s Drag Race UK on BBC iPlayer at 7 p.m. on Feb. 11.